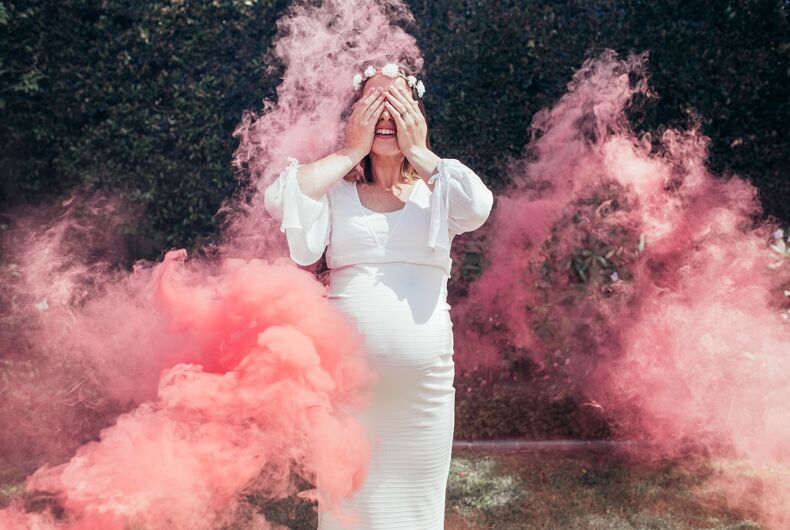 The Iowa grandmother was attending the gender reveal party for her grandchild in Knoxville, Iowa. The gender reveal involved a pipe bomb and colored smoke, and Kreimeyer was hit by a piece of metal when the bomb exploded.

“This family got together for what they thought was going to be a happy event with no intent for anyone to get hurt,” said Marion County Sheriff Jason Sandholdt in a statement provided. “What ended up happening was that Pamela Kreimeyer, a wife, mother, and grandmother was killed by a piece of metal where a metal stand, gunpowder, and colored powder were involved.”

Gender reveal parties are events organized for expectant parents. The parents will ask a doctor or a technician who performs an ultrasound to not tell them the fetus’s genital alignment and instead write it on a piece of paper that gets put in an envelope.

The envelope is then given to someone who creates a device that dramatically reveals the fetus’s genital alignment to the people attending. For example, they can cut a cake to see if the inside is pink or blue.

The parties are problematic for LGBTQ people, and not just because some expectant parents use them as a way to get more presents from their friends (by having a baby shower and a gender reveal party). The parties usually rely on gender stereotypes (a football if it’s a boy, dance slippers if it’s a girl). They build up expectations around the child’s gender and emphasize it, when the child may not even identify as the gender that gets revealed.

The woman who popularized gender reveal parties in 2008, Jenna Karvunidis, expressed regret about them earlier this year.

“It just exploded into crazy after that,” she said. “Literally – guns firing, forest fires, more emphasis on gender than has ever been necessary for a baby…. Who cares what gender the baby is?”

“Tape was then wrapped over the top of the metal tubing, inadvertently creating a pipe bomb,” said the Sheriff’s Office statement. “Instead of the gunpowder shooting the powder out the top of the stand, the stand exploded sending metal pieces flying.”

Even though the victim was standing 45 feet away from the apparatus, she was hit in the head. Other shards were found up to 144 yards away.

The Sheriff’s Office said the incident remains under investigation, but they have not made any arrests.