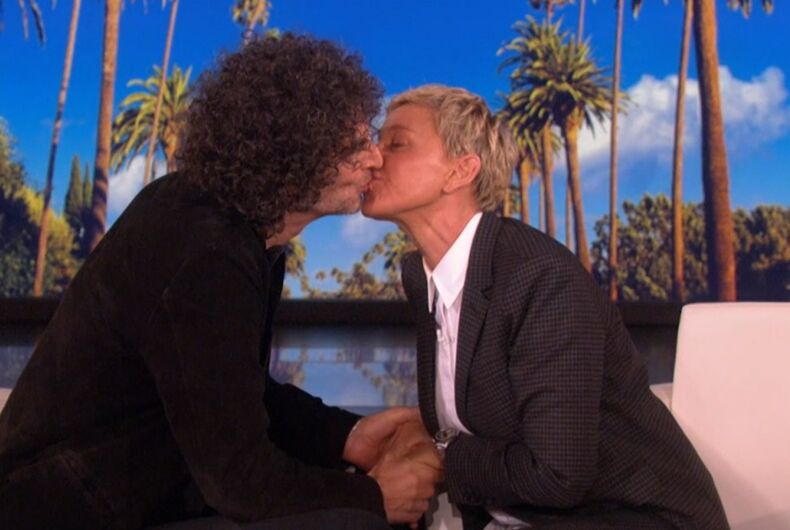 For most of last week, people were criticizing Ellen for being friends with Bush, whose time in office resulted in the deaths of hundreds of thousands of people in Iraq and whose 2004 presidential campaign was one of the most homophobic political campaigns in United States history.

Related: Ellen is trying to silence an activist who called out her support of George Bush

Bush also supported a constitutional amendment that would have banned Ellen from marrying her wife, Portia de Rossi.

Stern suggested something to get people to stop talking about her friendship with Bush: kiss him.

“Take a picture with me, making out with me,” Stern said. “Once people see me with you, no one’s going to be thinking about George Bush.”

She changed the topic to her phone, but Stern brought it back to his idea.

She agreed, but stipulated no tongue.

“Listen, I don’t want to make you throw up or anything,” Stern responded. “Brace yourself.”

Other celebrities have come out in support of Ellen.

Elton John, who famously criticized Ellen for talking too much about her sexuality when she came out and then befriended anti-gay rapper Eminem, said he “admires” Ellen for being friends with Bush.

“People need to come together[…] They need to respect people’s view on life. Except when it’s heresy, and I don’t think George Bush is that kind of guy.”

He did not explain what would count as “heresy.”