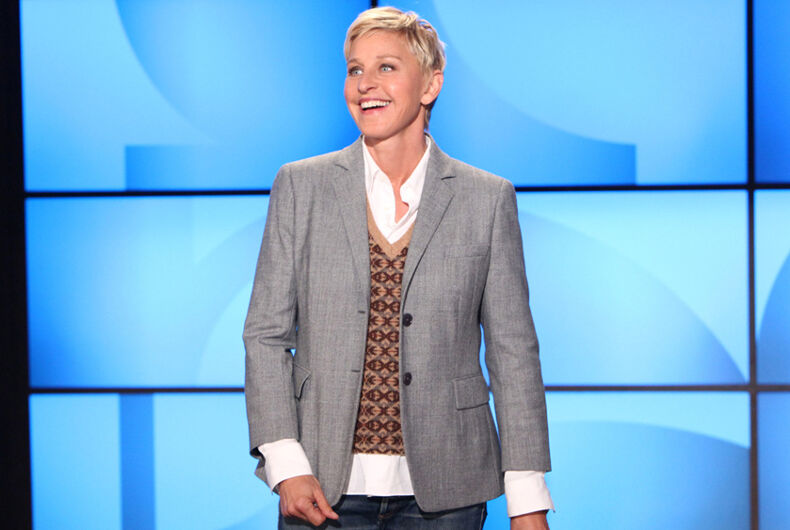 In a recent interview, Ellen talked about some of the backlash she received when she came out in 1997, including a particularly nasty comment from a certain gay musician.

Ellen appeared on Dax Shepard’s podcast Armchair Expert and he asked her about the fallout from her coming out. She framed the story with an explanation about how everyone assumed that she was talking about being gay nonstop.

“During that time, because there was so much talk about it, everyone was just sick of it,” she said. “Even though I had done the cover of Time magazine and a prime time special with Diane Sawyer, and Oprah – those were the only three places I talked.”

Her show lost sponsors, the network didn’t promote it anymore, she was getting made fun of all the time on TV, she was being called horrible names by Christian conservatives… and she even got called out by Elton John.

“Even Elton John said, ‘Shut up already. We know you’re gay. Be funny,'” Ellen recalled. “I had never met him, and I thought, ‘What kind of support is that from a gay person?'”

His reaction was similar to that of straight people, who, when Ellen lost her show and started touring again, didn’t got to her stand-up act because they thought that she was doing “gay comedy.”

The relevant part starts after the 19-minute mark.

A Republican is demanding a gay man be named an ambassador. A Democrat is opposing it.