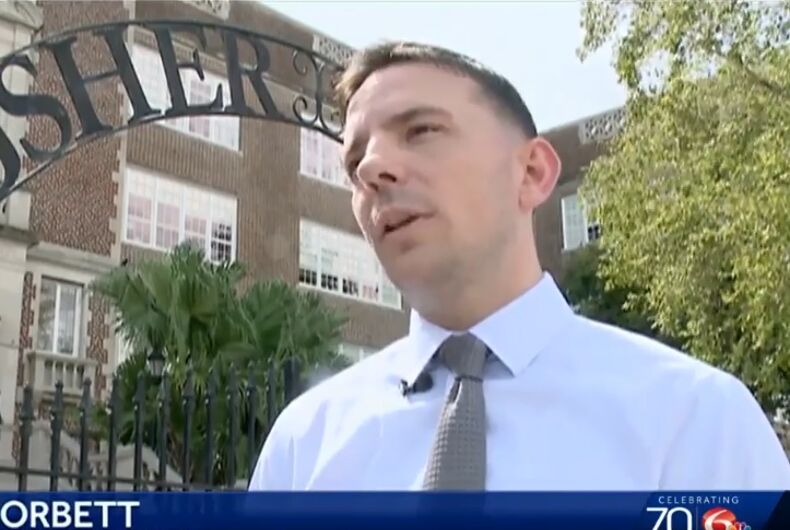 A principal in Louisiana rejected a free meal from Chick-fil-A for his school, citing the company’s anti-LGBTQ donations.

Teachers at Lusher High School in New Orleans were offered a free lunch from Chick-fil-A, but principal Dr. Steven Corbett rejected it.

Related: Purdue University is allowing Chick-fil-A because it doesn’t want to ‘deprive’ its students

In a statement, Corbett wrote that he made the decision to reject Chick-fil-A’s food “out of respect to our LGBTQ staff.”

“The #1 rule at Lusher is to ‘Be Kind’ and we live this motto every day,” Corbett wrote. “Chick-fil-A has been politically outspoken about its views, and we feel it is not part of Lusher’s culture of kindness and community.”

Corbett explained the decision to WDSU: “We felt that any time an organization is anti-LGBTQ, and has efforts to infringe upon their rights, we thought it was important to support and stand up for their community at this time.”

In #Nola @LusherPride (Lusher Charter School) is declining free lunches for staff on Friday because the meals are from @ChickfilA and the school wants to be ‘sensitive to the LGBTQ 🏳️‍🌈 community’ – Principal Steven Corbett 👇
More on this @wdsu at 4/5/6. pic.twitter.com/lbEKr1oAeF

The lunch was organized by the College Football Playoff Foundation, which said that they respected the school’s decision and promised to provide a different lunch for faculty.

Chick-fil-A has not commented on the story.