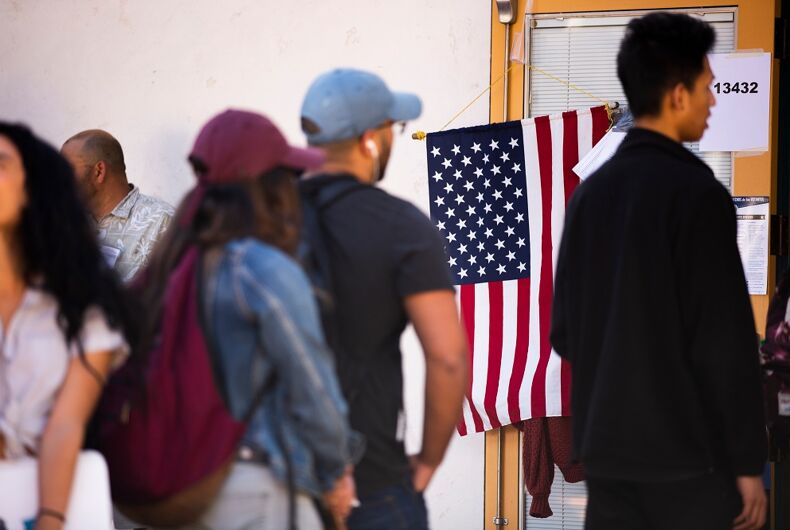 November 6, 2018: Voters wait in line at a Fullerton polling place to vote in the 2018 Midterm ElectionsPhoto: Shutterstock

Poll workers in California will receive training on how to properly help transgender and non-binary voters.

The biggest part of the training will be how to respond to voters whose “gender identity, expression, or pronouns don’t match their name on the voter rolls,” according to a release from Padilla’s office.

There will also be an information campaign to ensure that trans and non-binary voters know their rights that will include brochures, posters, and digital media ads.

Unlike some other states, California does not require a state-issued ID from every voter, but discrimination can occur if a voter does not match a poll worker’s expectations based on the name they registered to vote under.

“Elections officials have a duty to facilitate the participation of all eligible voters,” said Padilla in a statement. “California is proud to be proactive in protecting the voting rights of LGBTQ voters and fostering an inclusive democracy.”

“No one should be denied the right to vote because of their gender identity or expression, and there’s certainly too much at stake next year to let that happen in California,” said Rick Zbur of Equality California.