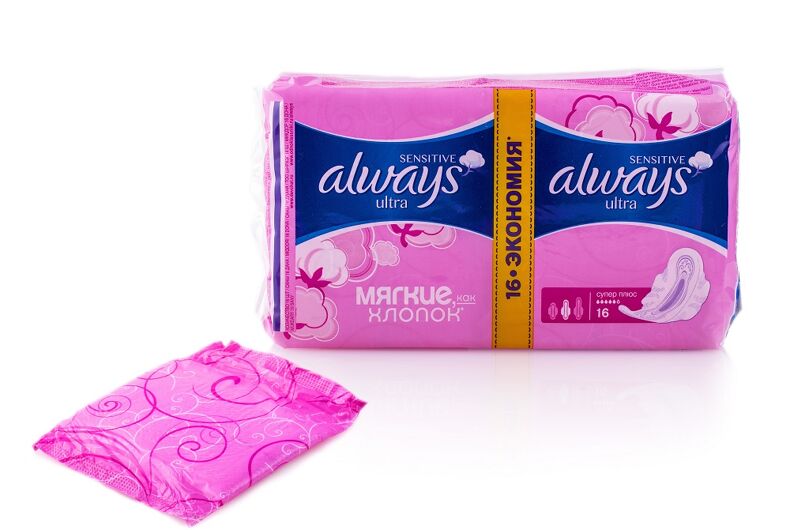 The brand Always announced that it will be removing the female symbol from the packaging of its sanitary pads in order to be more trans-inclusive.

The Procter & Gamble brand puts a female symbol on its packaging, something that some trans activists called out on Twitter.

Related: ‘Toni the Tampon’ comes out in support of trans menstruators

“Could someone from @Always tell me why it is imperative to have the female symbol on their sanitary products?” tweeted Melly Boom earlier this year. “There are non-binary and trans folks who still need to use your products too you know!”

Trans activist Ben Saunders also wrote to the company, and he got a letter from Always.

“We listened to you and our marketing team worked a solution,” the letter, which Boom shared on Twitter, said. “We are glad to inform you that as of December we will use a wrapper design without the feminine symbol.”

Neither of these tweets are still available, though, because Boom made her Twitter account private once this story started making headlines in the U.K.’s rightwing press.

The conservative tabloid Daily Mail ran it under the headline: “Transgender lobby forces sanitary towel-maker Always to ditch Venus logo from its products.”

“Removing the female symbol from sanitary towel packaging is basically denying the existence of women.”

The Sun, another tabloid, used this headline: “Always sanitary towels forced to axe Venus symbol from packaging in case it offends trans people.”

That article quoted another transphobe, Lizzie Watson, who called for a boycott: “Biological women should just boycott the brand, then they might realize real women have feelings too, which they have somehow ignored.”

“Biological women” is an expression used by anti-transgender activists to distinguish between trans women and cis women. But this story is about trans men and non-binary people, so perhaps Watson is confused.

Always is sticking with their decision, though.

“For over 35 years, Always has championed girls and women, and we will continue to do so,” a spokesperson said in a statement. “We’re also committed to diversity and inclusion, and we realize that not everyone who has a period and needs to use a pad identifies as female.

“That is why we wanted to ensure that anyone who needs to use a period product feels comfortable in doing so with Always.”

Rosario Dawson is being sued for allegedly attacking a trans man