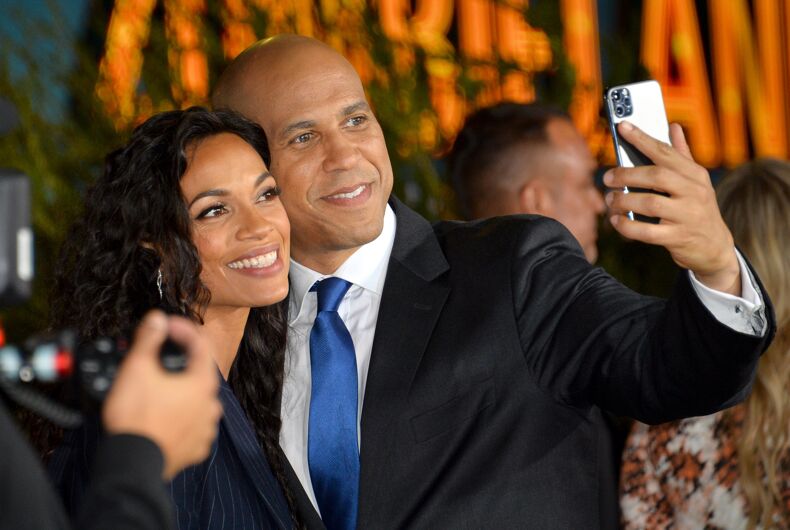 Actress Rosario Dawson and her family are being sued for allegedly harassing and beating a transgender employee.

Dedrek Finley, who is a trans man, said that he knew Dawson’s family for decades, and in 2017 they convinced him to move to Los Angeles from New York City to do renovations on the family’s house. After moving west, he opened up to them about his transition.

In a lawsuit, he claims that Dawson – known for her roles in major films like Sin City, Josie and the Pussycats, and He Got Game, and for dating Sen. and 2020 presidential hopeful Cory Booker (D-NJ) – continually referred to him with the wrong pronouns, even after being corrected.

When he complained to Dawson about the misgendering, she allegedly responded, “You’re a grown woman,” and said, “Whatever.”

Finley said that things got worse the next year. He was living on Dawson’s property in a separate house, but in April, 2018, his hours were reduced and he was told he needed to move out.

Dawson’s mother Isabel allegedly knocked on his door one day and got violent, ripping the screen on the door and pulling him through it to punch him.

Finley says that Dawson then approached them, and instead of helping she pinned him down so her mother could keep on punching.

He also says that he had video of Isabel threatening him earlier and he was going to call 911, but that Isabel stole his phone during the beating.

He called 911 after escaping to the house and police responded. He had to be taken to the hospital for treatment, he says, and he got a restraining order against Isabel.

By September, he had to move out since the family shut off utilities to the house.

Finley is suing for assault, battery, trespass, discrimination, civil rights, and labor violations. Dawson and Booker have not commented on the lawsuit.