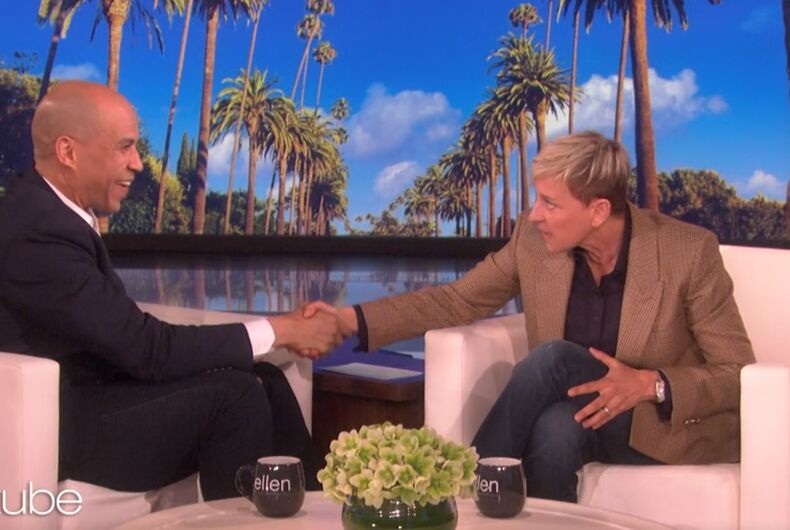 Last week, Dawson told TMZ that she and Booker are dating.

Booker appeared on The Ellen Degeneres Show and, of course, Ellen asked him about his relationship with Dawson.

After he called Dawson “an incredible human being,” Ellen joked that it would be great if Booker won the presidential election and waited until he was in the White House.

“I mean, if you go in single and have a wedding in the White House — I mean, we would watch,” she said. “That would be like our royal wedding. That’d be great.”

“So you’re saying if Rosario and I get there, wait, don’t do the marriage before?” Booker joked.

Ellen said, “For sure,” adding that it would be great for sweeps.

“Would you help preside over the wedding?” he asked.

“Yes, I’d be a big part of that,” she responded, saying that’s a promise. The two shook hands over the arrangement.

Booker, 50, has never been married and has long been the subject of rumors that he’s gay. He has said that he’s straight, but sometimes he has refused to discuss his sexuality “to challenge people on their homophobia.”

The former mayor of DC was thrown out of a gay bar. Now the bar’s liquor license has been suspended.