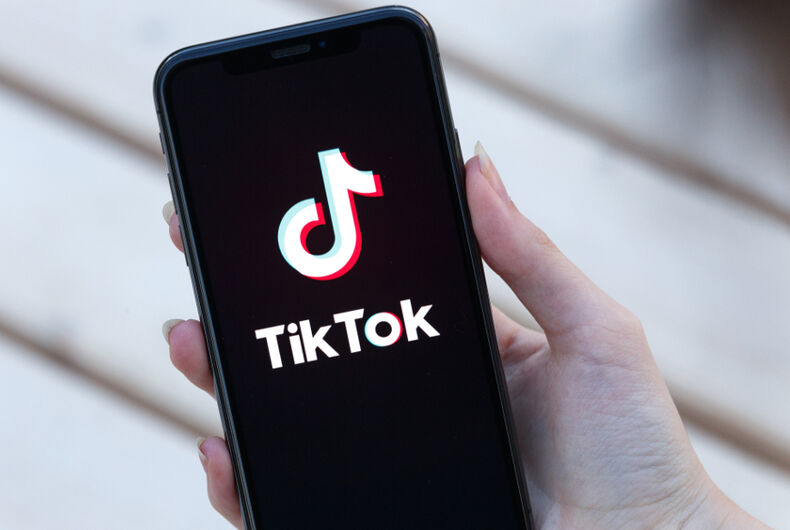 TikTok, the massively popular social media video app with over 1 billion downloads and 500 million users worldwide, has guidelines banning LGBTQ and other political content in Turkey even though homosexuality has never been illegal there.

The company has since said that the guidelines were old and no longer in use, but their new policies still allow “local moderators [to] subjectively censor content” which could include queer content.

And an entire section of the rules was devoted to censoring depictions of homosexuality. “Intimate activities (holding hands, touching, kissing) between homosexual lovers” were censored, as were “reports of homosexual groups, including news, characters, music, tv show, pictures”. Similarly blocked was content about “protecting rights of homosexuals (parade, slogan, etc.)” and “promotion of homosexuality”. In all those guidelines, TikTok went substantially further than required by law.

Among its other guidelines were ones banning content related to Kurdish separatism; any criticism, spoofing or defamation of political leaders like the country’s founding father and its current president, Recep Tayyip Erdoğan; and any depictions of drinking alcohol (even though it’s legal to drink there) as well as statues of “non-Islamic gods” and religious figures.

Citing “rapid growth in Turkey and other markets,” TikTok has since responded, stating:

“[TikTok is] a platform for creativity, and committed to equality and diversity…. The referenced guidelines regarding LGBTQ content in Turkey are no longer in use (as of May), and we have since made significant progress in establishing a more robust localized approach [using]… localized approaches, including local moderators, local content and moderation policies, local refinement of global policies….

However, we recognize the need to do more and we are actively working with local third parties and independent advisers to ensure our processes are appropriate.”

Keep in mind, while The Guardian exposed TikTok’s guidelines for Turkey, its possible to imagine similarly oppressive guidelines being used in other countries. And there’s no telling whether these other guidelines have since been changed either.

Here’s the bigger problem: As Turkey’s government gets increasingly authoritarian and anti-LGBTQ — with police using tear gas and rubber bullets to shut down the annual Istanbul Pride parade — criticism of the government and positive depictions of queer people are more needed in the region than ever.

It’s entirely likely that Turkey’s “local moderators” will continue to censor these types of content seeing as the government finds them offensive and Tik Tok did too until several months ago. By forbidding them in the first place, the Chinese owned TikTok set a regressive precedent that’ll continue harming queer users and activists alike for years to come.

Alexandra Billings is about to make transgender history on Broadway