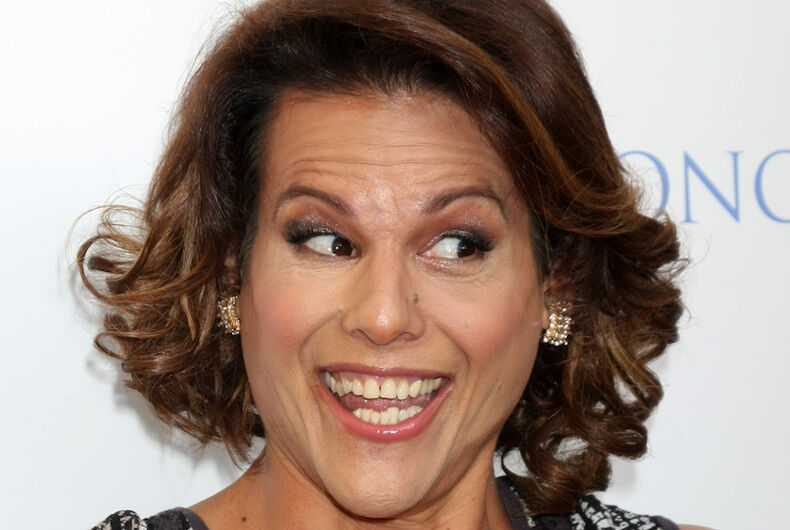 Transgender actress and activist Alexandra Billings will soon make Broadway history as the first trans woman to star in Wicked, the popular stage musical adaptation of the 1995 novel which explores the origins of The Wizard of Oz’s Wicked Witch of the West.

Wicked has played continuously on Broadway since its 2003 premiere and is Brodway’s second highest grossing musical of all time, only behind The Lion King.

Billings will play Madame Morrible, the headmistress of Shiz University, the school where the soon-to-be Wicked Witch, Elphaba; her wheelchair-using sister Nessarose; and the soon-to-be “Good Witch” Galinda develop their magical powers.

In the 1995 novel, Madam Morrible is as horrible as her name sounds: She’s a speciesist who openly says that Oz’s talking animals should be “seen and not heard,” she recruits young girls as spies and soldiers for the Wizard’s totalitarian regime and arranges the both the murders of a Shiz’s only animal professor and the witness to his murder.

However, in the stage production Morrible and the book’s general darkness are both significantly brightened. She’s still speciesist, recruits her more promising students to aid the Wizard and she murders Nessarose by directing a tornado to land a house on her. Morrible eventually becomes the Wizard’s press secretary and spreads rumors of Elphaba “wickedness” after she refuses to aid his conquest of Oz.

Billings is perhaps best known for her role as Davina Rejennae in Amazon’s groundbreaking transgender drama series Transparent in which she played the best friend of Maura Pfefferman, an older person who comes out as a trans woman after her children have all grown into dysfunctional adults.

During her time on Transparent, Billings accomplished a groundbreaking television first by being the first trans person to appear in a full-frontal nude scene. She was also the first openly trans actress ever to play a trans TV character when she appeared in the 2005 TV movie prequel Romy and Michelle: In the Beginning.

Billings was also originally slated to play the lead in the 2005 trans dramedy Transamerica but she lost the role to cisgender actress Felicity Huffman, a better known actress who helped the producers snag more money for making the film.