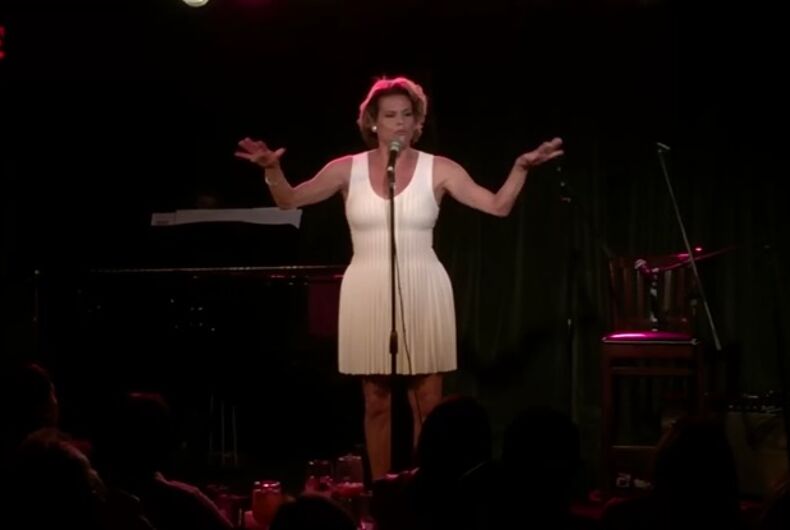 Transparent star Alexandra Billings isn’t just one of America’s most talented actresses, she also has a singing voice that’ll give you shivers. Earlier this month at the IAMA Theater Company’s holiday party, she proved it.

She started the performance by telling a story of discrimination she faced at California State University where she is a professor. In one of the school’s restrooms she discovered graffiti that said, “A tranny teaches here.”

The next day, she said, she noticed that the graffiti had been replaced with a wall full of heart shaped Post-It notes. Outside on the sidewalk, students had scrawled messages of hope and support for her like “Humans teach here, humans love here, humans live here” and “Find the stranger next to you and do better for him.”

“I believe that we have great hope, because I teach this generation,” Billings told the audience. “They understand like no other generation before what peaceful revolution is like.”

Watch part of her speech and her emotional mashup cover of Radiohead’s “Creep” and “I Don’t Care Much” from Cabaret below and try not to get goosebumps.

Police: 8 boys accuse Minnesota teacher and his husband of abuse