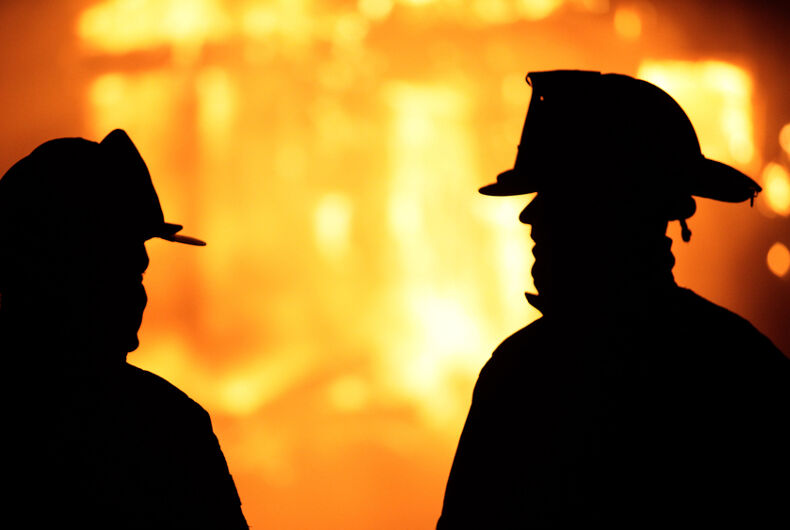 The body of a 54-year-old black trans woman known as “Bubba” Walker was discovered in Charlotte, North Carolina by an insurance adjuster who was examining the remains of a house that had burned down in late July —Walker had gone missing around the same time.

Police say it’s unclear whether foul play was involved, but Walker is the second trans woman discovered this month whose body was burned nearly beyond all recognition — the first was a 23-year-old South Florida trans woman named Bee Love Slater, the 18th trans woman to die in the U.S. this year. Her body was discovered last week.

The burned house where Walker’s body was discovered had been under renovation into an office and was otherwise unoccupied at the time it burned down.

Out.com writes, “The cause of the fire was undetermined. The blaze is said to have taken 23 firefighters 30 minutes to put out the fire and caused the structure to collapse. This made it unsafe for investigators to enter.”

When an insurance adjuster examined the burned house three days later, he discovered Walker’s remains. Police originally said that Walker’s skeleton was so badly incinerated that it had nearly no features to help them identify who it was. When they began examining the forensic evidence, police initially believed the body to be that of a cis man. Only this week did investigators finally identify the body as that of a trans woman.

Clarabelle Catlin, a personal friend of Walker’s, told Planet Transgender, “[Walker] was a kind soul, She was always smiling and was a people person. She lit up everywhere she went and everyone loved her.”