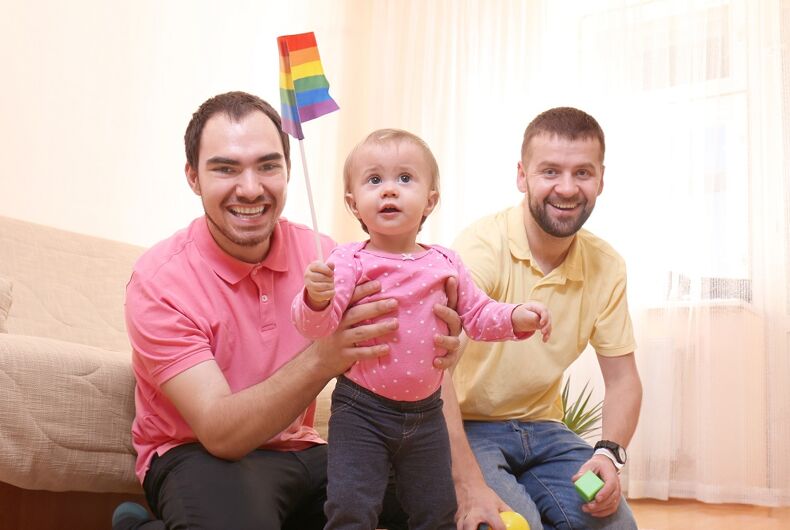 A federal court has already given an anti-LGBTQ adoption agency a win in court.

St. Vincent Catholic Charities is suing the state of Michigan for a religious exemption to the state’s anti-discrimination laws. The agency has a contract with the state, and they want to be able to refuse same-sex parents in violation of state law.

The adoption and fostering agency wants to refuse to place children with otherwise qualified families that violate its “sincerely held religious beliefs,” which, in practice, means same-sex couples and single parents. They filed their lawsuit after Michigan Attorney General Dana Nessel said that adoption and fostering agencies that have state contracts cannot discriminate against same-sex couples.

Judge Robert Jonker issued an injunction in favor of St. Vincent, allowing them to continue to discriminate while their lawsuit makes its way through the courts.

“This case is not about whether same-sex couples can be great parents,” Jonker wrote in his decision. “They can. No one in the case contests that.”

“St. Vincent would either have to recommend denial of [same-sex couple and single parent] applications, no matter how much value they could provide to foster and adoptive children; or St. Vincent would have to subordinate its religious beliefs to the state-mandated orthodoxy, even though the state is not compensating them for the review services anyway.”

St. Vincent is being represented by the Becket Fund for Religious Liberty, a conservative Christian legal organization that famously argued for the plaintiffs in Burwell v. Hobby Lobby Stores Inc., a Supreme Court decision that found that corporation’s religious beliefs should exempt them from providing health care to their employees that includes contraception.

The complaint is carefully worded, as Jonker said, to avoid flat-out saying that same-sex couples are bad parents. Instead, it only refers to St. Vincent’s “sincerely held religious belief” that marriage is between a man and a woman and that placing a child with a same-sex couple would violate that belief.

St. Vincent argues, and Jonker agrees, that same-sex couples can just go to another adoption agency after they get turned away from St. Vincent.

Jay Kaplan of the LGBT Project at the ACLU of Michigan said that the decision places “the individual religious beliefs of foster care agencies ahead of the welfare of children.”

“This will not facilitate foster and adoptive placements for children in need,” Kaplan told the Washington Blade. “Instead, it will allow agencies to turn away same-sex foster parents who are able to provide supportive and loving homes for these children.”

UPDATED: Three white boys did not hold down a black girl at Karen Pence’s school & cut her hair