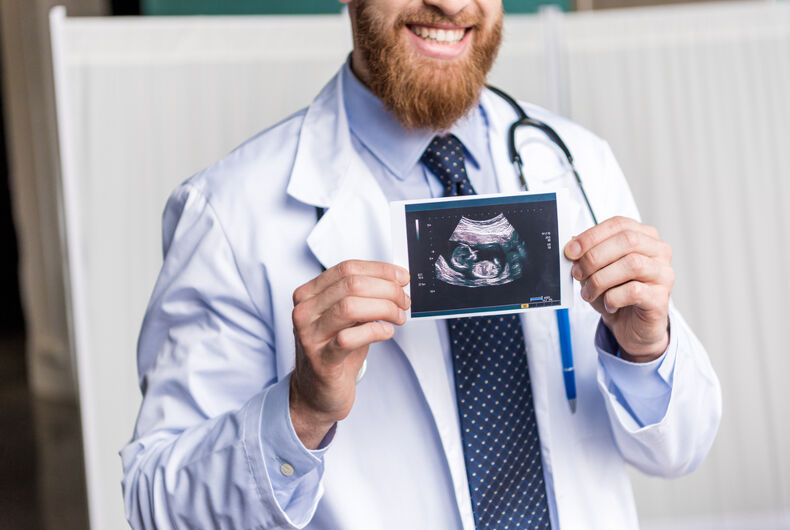 A study published in the journal Maturitas, looked at health care research focused on transgender men who became pregnant at age 35 or older, a group that has been largely overlooked in pregnancy research.

What they found was that while these men had the same drives as anyone else who opted to become pregnant, they face a greater risk for worsening symptoms of depression and gender dysphoria.

“Despite the increased visibility of transgender people — there are about 1.4 million who have transitioned in the United States — medical providers are largely unprepared to care for them and most have had limited educational opportunities,” said the study’s lead author Justin Brandt via a press release.

Gender dysphoria and depression are common in transgender circles, with the U.S. Transgender Survey reporting that 40% of transgender people have attempted suicide — nearly nine times the rate among the entire United States population.

These numbers can be even higher among transgender men: a study published by the American Academy of Pediatrics last September found that just more than half of transgender men attempted suicide.

When transgender men become pregnant, researchers expect this to be an even greater risk.

“The process of transitioning is long and arduous, and pregnancy, which is regarded as a feminine condition, forces these men to almost fully transition back to their sex assigned at birth, which can worsen gender dysphoria,” said Brandt.

While it is common for medical establishments to screen for postpartum depression in women, this process is not set up with transgender men in mind, and may not explore the effects of gender dysphoria during this process.

While most of the men received care in hospital settings, the study also found they were more likely to deliver children outside of hospitals and seek care with non-physicians than the general population.

The reason for this seems obvious: researchers speculated that it was presumably due to previous negative experiences in hospitals, or concerns that they would face discrimination. 25% of transgender people overall reported facing a negative experience within a health care setting.

Additionally, while 64% had vaginal births, 25% requested a cesarean delivery. Of those, the reason for many was that they felt uncomfortable with their genitals exposed over a long period of time. Just over half also reported breast or chest feeding their child.

A transgender teen was shot to death in Baltimore. She’s the 17th trans person killed this year.

aussieBum underwear brand was liking Trump’s tweets. They claim they got hacked.