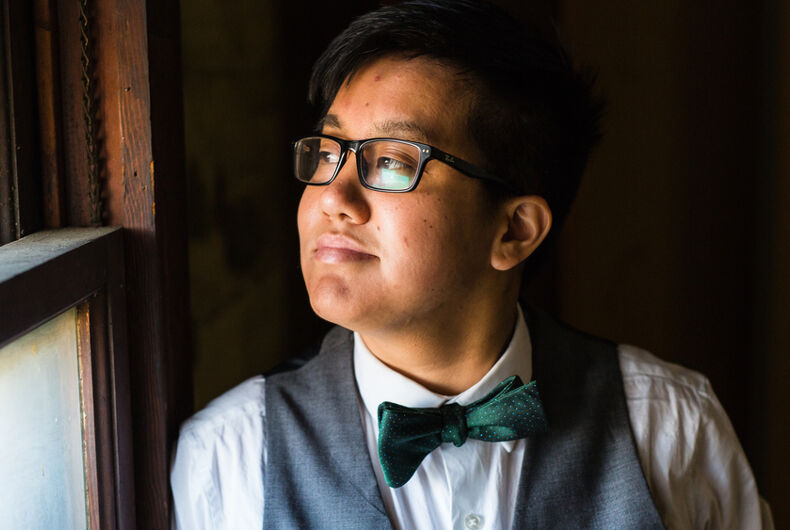 This isn't the young man involved in the case.Photo: Shutterstock

On Thursday, a Canadian court ruled that a conservative father with anti-LGBTQ beliefs cannot stop his 14-year-old transgender son from pursuing medical care to help him transition.

His son began publicly identifying as male at age 11 and began hormone treatments in March after a suicide attempt. His mother supports his transition and the son says he has felt “amazing” and hasn’t experienced any suicidal thoughts since it began.

Related: These amazing identical twins came out as trans & transitioned together

The father’s lawyers say that he “is not opposed to the child’s transition from female to male – but argues that too little is known about the effects of hormone treatment for the decision to be made by a minor,” according to The Guardian.

But after a three-day hearing involving 18 lawyers, the three judges of the British Columbia Court of Appeal voted to uphold a lower court ruling allowing the child’s transition to continue under the so-called Infants Act, a law which allows a minor to consent to their own medical care.

The son argues that if he stops transitioning now, he’ll be “stranded” between two genders.

“The lower court also ordered the father use the child’s chosen pronouns, meaning that if the father used his child’s birth name, or referred to him as a girl, it would be viewed as family violence under the province’s Family Law Act,” The Guardian reports.

The case is somewhat similar to a 2019 American court case in which a mother named Anmarie Calgaro sought to stop her estranged daughter’s medical transition.

Calgaro lost her case in district court and a three-judge panel of the 8th U.S. Circuit Court of Appeals upheld the ruling, pointing out that her daughter, identified in court papers as E.J.K., was over the age of 18 by then and had finished high school. Now Calgaro is taking her case to the U.S. Supreme Court.