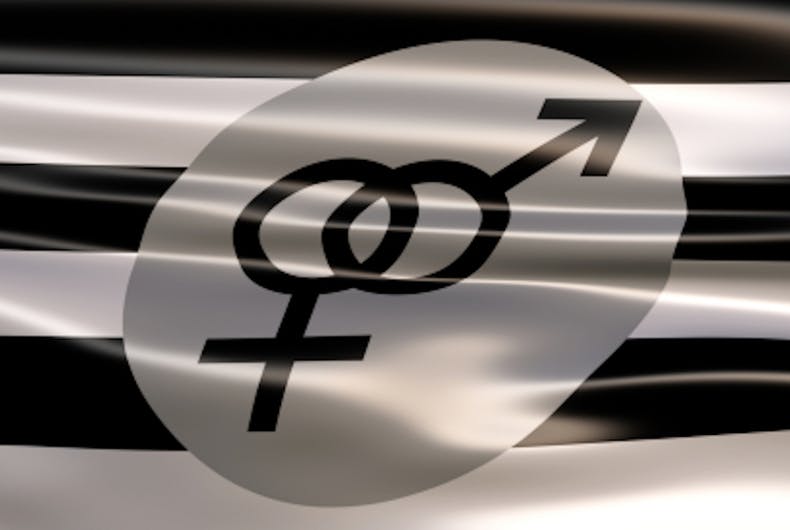 A judge had a lawyer arrested for reading case law in court as she was trying to defend her clients who were protesting Straight Pride.

This past weekend, 36 demonstrators were arrested while protesting the Straight Pride Parade in Boston.

Suffolk County District Attorney Rachael Rollins said that prosecutors used their discretion to perform “triage” on the cases – they moved that many of the charges be dropped in order to protect people’s First Amendment free speech rights.

But Judge Richard Sinnott rejected even the prosecutors’ requests to drop charges and upheld charges on all 36 of the arrested demonstrators. He even set bail for some that prosecutors said didn’t need bail.

Related: This vice mayor wants a Straight Pride to celebrate the end of ‘LGBTQ-WTF month’

It was unusual to say the least, but now Sinnott sent attorney Susan Church to jail for contempt of court as she tried to read case law that contradicted the judge’s decision.

“All I was trying to do is to read the law to the court, and I was summarily arrested, handcuffed, brought down to the holding cell, held there for hours,” said Church.

“This was outrageous behavior,” Church added.

Other lawyers in the area agree.

“This is out of control,” tweeted the Piltser Cowan law firm. “Arresting a defense lawyer for doing her job crossed the line from abuse of authority to needing to be removed from judicial office.”

The ACLU of Massachusetts also defended the attorney.

“We are deeply troubled by the events of the last 48 hours, and are proud to represent Susan Church in this matter,” said executive director Carol Rose.

Counter protestors outnumbered Straight Pride marchers this past weekend in Boston. The parade, which was organized by white supremacists and led by Milo Yiannopoulos, did not spend as much time celebrating heterosexuality as it did advancing white supremacy, anti-semitism, and homophobia.

The president of Iceland trolled Mike Pence over LGBTQ rights