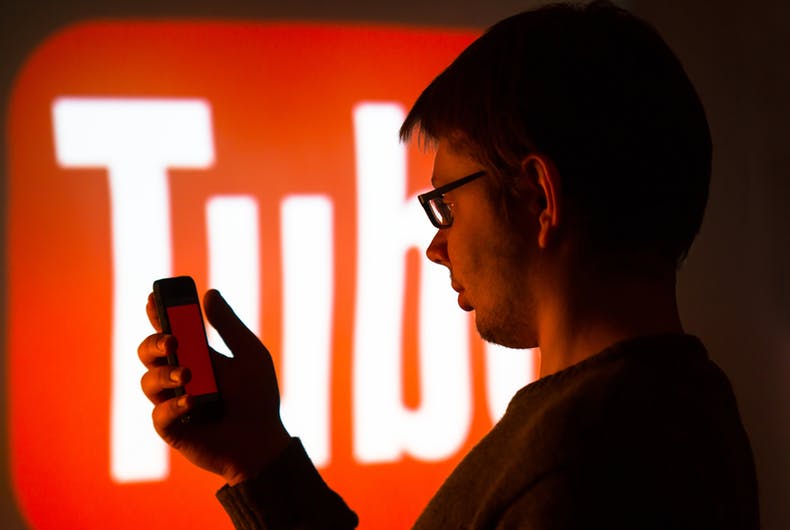 Major LGBTQ YouTubers are suing the video-sharing giant over what they say are discriminatory monetization practices.

The lawsuit says that YouTube’s content policies make it more difficult for LGBTQ people to get seen on the platform, and that affects how their content earns money. Moreover, they are accusing YouTube of demonetizing LGBTQ content.

Bria Kam and Chrissy Chambers are a lesbian couple and named plaintiffs in the lawsuit. They run a YouTube channel with over 850,000 subscribers called “BriaAndChrissy,” which features their music. Brett Somers, Lindsay Amer, Chris Knight, Celso Dulay, and Cameron Stiehl are also among the plaintiffs.

Plaintiff Chase Ross, who vlogs about his experiences as a transgender man, has over 160,000 subscribers. He spoke out last year about some of his videos getting age-restricted and some of them being demonetized. He said this happened because the word “transgender” triggers YouTube’s algorithm.

I uploaded my video TWICE to see if the word "transgender" would trigger the algorithm… and every step of the way was fine UNTIL I added the word Transgender. RIGHT away, the video was demonetized.

“I’ve done multiple tests in proving that the word transgender on my channels has demonetized my videos,” he said at the time. “It’s a trigger word. It triggers the algorithm.”

The complaint also says that a YouTube channel called “GNews!” wasn’t allowed to advertise with Google, which owns YouTube. A Google ad rep told the show’s producers that “sexuality content about the gays” broke its advertising rules.

A spokesperson for YouTube said that their algorithm doesn’t react to LGBTQ words.

“Our policies have no notion of sexual orientation or gender identity and our systems do not restrict or demonetize videos based on these factors or the inclusion of terms like ‘gay’ or ‘transgender,'” the spokesperson said.

“In addition, we have strong policies prohibiting hate speech and we quickly remove content that violates our policies and terminate accounts that do so repeatedly.”

YouTube most recently came under fire when they refused to stop the vicious anti-gay harassment of out journalist Carlos Maza by white supremacists on the platform. The egregious and obvious violations of their hate speech policies were deemed insufficient to stop allowing one vlogger to make money off his homophobic and vulgar attacks – including selling t-shirts that say “Carlos Maza is a fag.”

YouTube and Google employees decried the decision. Google threatened to punish any workers who protested the company’s decision to support antigay harassment. Activists across the nation condemned the company for participating in pride parades while giving a thumbs up to homophobes.

I don’t know what to say.
@YouTube has decided not to punish Crowder, after he spent two years harassing me for being gay and Latino.

I don't know what to say. https://t.co/EFvWCNvPms

It’s wild how numb I’ve become to this. Absurdist detachment from reality is a hell of a drug. https://t.co/yopYSThr4h

THERAPIST: You realize you’re dealing with trauma, right? That you can’t just joke about this forever?