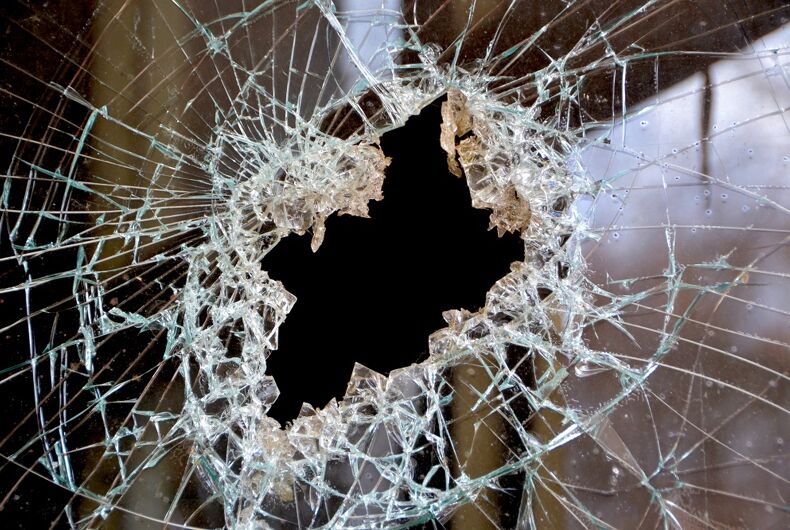 An LGBTQ church in New Mexico has been vandalized at least six times this month. The Metropolitan Community Church of Albuquerque says on its website that it celebrates “all forms of self-expressions, identities and orientations.”

But someone in the area may have a problem with that acceptance. The church’s windows have been smashed with rocks six times this month.

“Really the first time, I thought, oh, maybe it was just a mistake or, you know, some kids playing around,” said Andy Najar, who goes to the church.

“But after six times, you really feel it’s personal, like is this a hate crime?” he said.

She said that they are keeping the rocks in front of the church as a symbol.

“Just a visual. Just, we forgive — that we’re stronger than a little rock,” Maynard said.

“Together our faith makes us stronger. This community is a great community and we’ll get through this.”

This cop was fired after he mocked a gay teen who died by suicide. Now he’s been hired again.