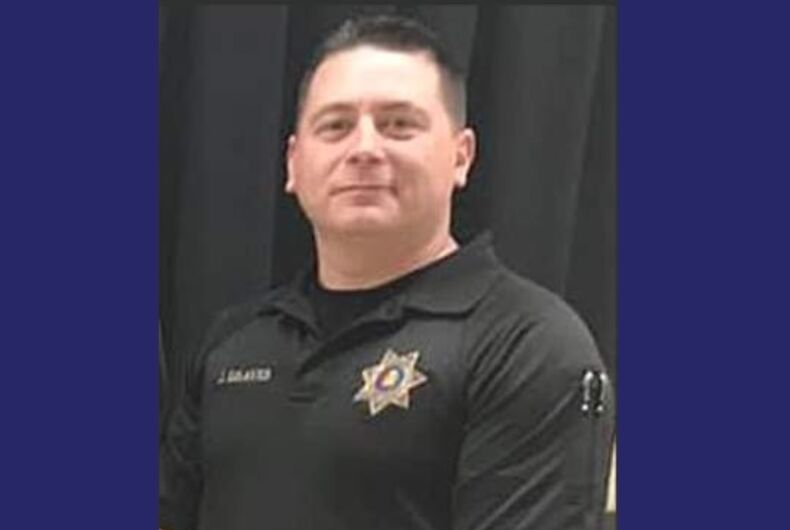 A police officer who made homophobic comments about a gay teen’s suicide has been hired again.

This past April, Nigel Shelby, 15, died by suicide. People from Huntsville, Alabama, who knew him said that he was relentlessly bullied for his sexuality.

On a Facebook post about Shelby’s death, Madison County Sheriff’s Office deputy Jeff Graves said that he was “seriously offended” by LGBTQ people and that society “should not accept this behavior.”

That’s my kind of LGBTQ movement

I’m seriously offended there is such a thing such as the movement. Society cannot and should not accept this behavior. I have a right to be offended by this fake movement which requires no special attention but by persons with an altered ego and fake agenda.

He was put on leave and eventually resigned.

But now he’s back at work, again as a police officer. This past week he started working for the police in nearby Owens Cross Roads.

Dobbins said that Graves hasn’t shown any bias against LGBTQ people and that he’s remorseful for what he wrote on Facebook.

“We feel he will be a good addition to the department,” he said.

The windows of a church have been smashed six times this month. They support LGBTQ rights.

My family is due reparations. The government is still trying to take their land.