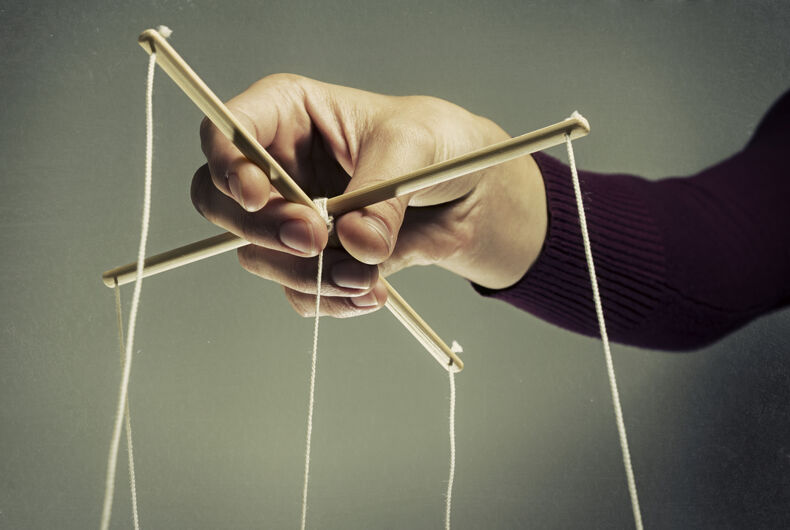 The religious right is finally putting their cards on the table and it looks like they may have a full house. Anti-LGBTQ hate groups are crowing that Trump is enacting a “wish list” agenda they drew up after he won the election and presented to the administration.

“In the first two years of his administration, he’s achieved more than all of the presidents combined since Ronald Reagan,” Mat Staver, head of Liberty Counsel, said. “He’s been the most pro-religious freedom and pro-life president in modern history.”

The group is an anti-LGBT hate group that masquerades as a legal charity and serves as the legal arm of the religious right. The group has been behind many of the recent challenges to hard won LGBT rights protections.

Related: Here are 3 ways the next President can fix Trump’s attacks on LGBTQ people

Staver says Trump has accomplished “90%” of the items they demanded from the administration in exchange for their support. The list included detailed attacks on the LGBT community as well as abortion and other touchstones in the ongoing culture war they keep stoking.

“When he ran in 2016 and promised pro-life, pro-religious freedom policies, most evangelicals who voted for him didn’t know whether he would or could fulfill those promises,” mega-church pastor Robert Jeffress told the Associated Press. “When they look back now, they see he checked off all of those goals. … He’ll win by an even larger margin on basis of promises kept.”

“This is essentially the wish list of groups that have a very extreme and discriminatory perspective on what religious liberty means,” Ian Thompson, the ACLU’s senior legislative representative in Washington, told the news service. “It’s important not to see any one of these policies in isolation but to see them as part of a coordinated effort by the administration across agencies.”

The Trump administration has launched over 100 attacks on the LGBTQ community ranging from banning transgender people from the military to instituting “religious freedom” exemptions for multitudes of civil rights law. The exemptions give Christians a license to discriminate against anyone if they claim their religion tells them to do it.

The windows of a church have been smashed six times this month. They support LGBTQ rights.