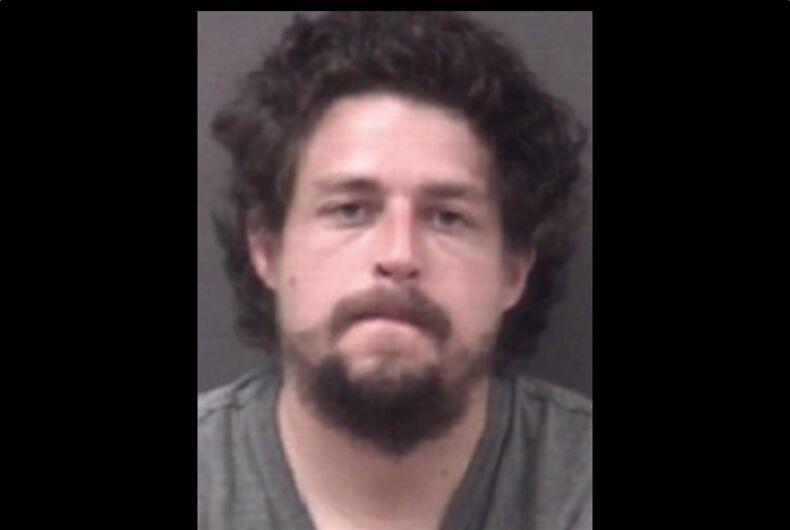 Yarbrough was arrested on June 27 for vandalizing the Mary Taylor Memorial United Methodist Church in downtown Milford by slashing the seats where the minister and liturgist would sit and gouging religious symbols out of a wooden kneeling rail.

But after being released, days later he returned to the church, broke into the building next door that houses offices and classrooms, and slashed the pastor’s office door with a box cutter. He was arrested at the scene.

While in custody, Yarbrough was also charged with punching a random woman in the face on the street.

“What can I say but pray for this guy,” Rev. Kristina Hansen told the CT Post, “for people who are struggling. We are not dissuaded in any way, shape or form. We’re going to love our neighbor and we’re not going to stop because of one person’s response.”

“It’s unfortunate. But it doesn’t dissuade us from our stance of affirmation. We’re the church, and we’re going to continue to be that.”

The church has a rainbow colored sign out front that reads, “To be clear if you are queer LGBTQIA+ you are affirmed here!”

The sign was hung after a contentious decision by church leaders to continue to oppose LGBTQ equality. The denomination faces a potential schism over the decision with welcoming churches like Hansen’s opposed by American conservatives and African spiritual leaders.

The churches sign is a subtle form of rebellion against the decision.

Who is Marianne Williamson & why should LGBTQ people care?