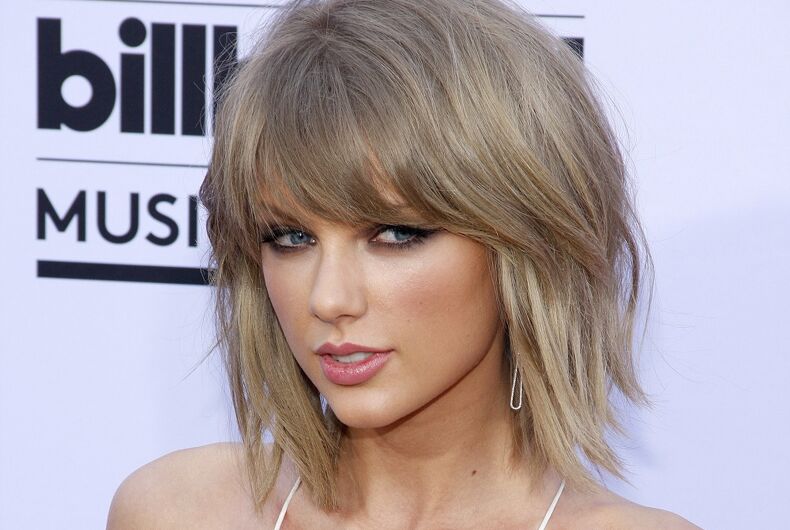 Taylor Swift has been stepping up her LGBTQ activism these past few years, and now she has explained why.

The pop icon spoke with Vogue about what inspired her recent support for LGBTQ rights, from putting out a video that denounced anti-LGBTQ protestors and showed a same-sex marriage to calling out an anti-LGBTQ Republican to making a large donation to the Tennessee Equality Project.

It all came from a conversation with out performer Todrick Hall, known for his music and his work on RuPaul’s Drag Race.

Related: Taylor Swift did a surprise performance at the Stonewall Inn & we have video

“Maybe a year or two ago, Todrick and I are in the car, and he asked me, ‘What would you do if your son was gay?’” Swift said.

Her first thought was: “If my son was gay, he’d be gay. I don’t understand the question.”

“The fact that he had to ask me… shocked me and made me realize that I had not made my position clear enough or loud enough,” she said.

She then wondered that if someone who knew her like Hall could ask her that question, then what are her fans thinking about her?

“It was kind of devastating to realize that I hadn’t been publicly clear about that.”

But it’s not just her conversation with Hall – she said that it’s also the current moment, how LGBTQ rights are under attack.

“Rights are being stripped from basically everyone who isn’t a straight white cisgender male,” she said.

She has learned that she can advocate for people who aren’t exactly like her, but she’s still mindful of her mistakes.

“I didn’t realize until recently that I could advocate for a community that I’m not a part of. It’s hard to know how to do that without being so fearful of making a mistake that you just freeze. Because my mistakes are very loud. When I make a mistake, it echoes through the canyons of the world. It’s clickbait, and it’s a part of my life story, and it’s a part of my career arc.”

‘Straight Pride’ organizer has a gay son. She says it’s ‘typical’ for gays to hate their parents.