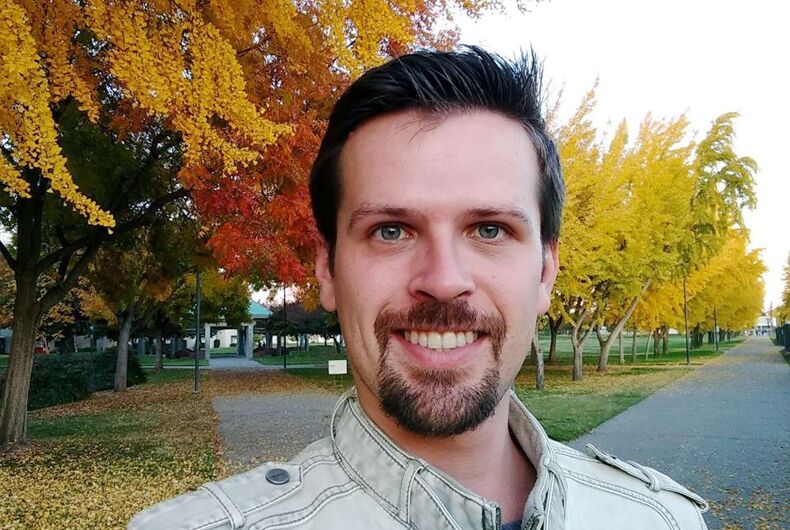 The son of Modesto, California, Straight Pride Parade organizer Mylinda Mason is gay and he’s been speaking out against his hateful mother. But now she has responded, saying that it’s “typical” for gay people to “pull away” from their parents, so she bears no responsibility for her bad relationship with her son.

Mason and other white supremacists and Christian conservatives in Modesto are planning a Straight Pride Parade to “celebrate heterosexuality, masculinity-femininity, babies-born and unborn, Western civilization, our wonderful country, Christianity.”

They believe that the white race is “the mass majority biological racial component of the developers of Western Civilization” and that there is an “inherent superiority” to whiteness, heterosexuality, Christianity, and Western culture, all of which are undermined by the “inherent malevolency/evil of the Homosexual/Sodomy Movement.”

Mason’s son Matthew Mason has already spoken out against his mother. He was homeschooled up to the end of high school and punished if he didn’t say what she wanted him to say.

Related: This college wrestler lost his scholarship for shouting anti-gay slurs at a pro-Trump rally

At age 28, he’s speaking out against his mother’s Straight Pride Parade: “We don’t want hate in Modesto. I am making sure Modesto is not a place for hate speech.”

So what does his mother think about her out and proud gay son who’s trying to stop her hatred? She said it was “very typical” for gay kids to hate their parents, so it’s not like she’s responsible for anything.

“Homosexuals in general pull away from family and friends at some point,” she said.

She said that she brought him to anti-LGBTQ protests when he was a kid, forcing him to march against his own dignity.

“I could see the struggle on my son’s face at the very last prom,” she said, referring to her protests in front of LGBTQ teen proms.