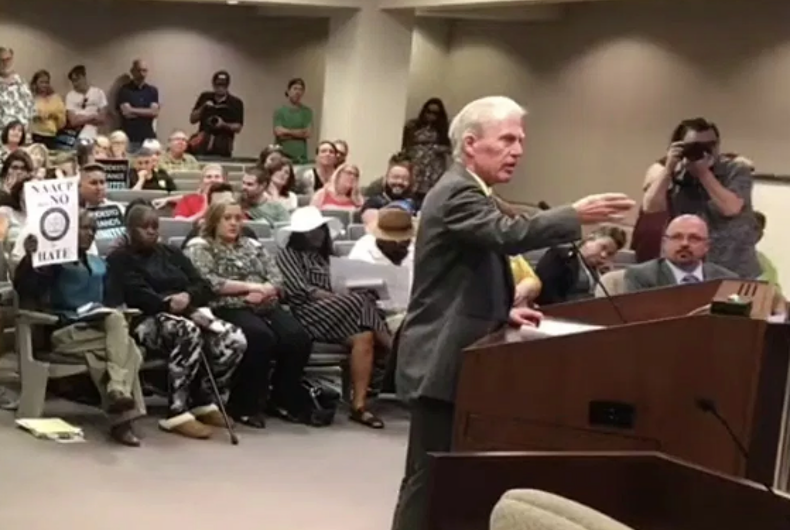 One of the organizers of Modesto, California’s “straight pride” parade became an even bigger laughingstock after accidentally admitting he’s a leader of “a totally peaceful, racist group.”

Don Grundmann’s gaffe literally had the room laughing after his fiery woe-is-me diatribe before the city council went sideways. One councilor had to turn away from her microphone she was laughing so hard.

Even more, Grundmann doesn’t even live in the town. He’s a chiropractor from the Bay Area.

Grundmann is the co-founder of the National Straight Pride Coalition with Modesto resident Mylinda Mason. Mason’s gay son also attended the meeting to speak out against his mother, Grundmann, and the planned march.

“I have personally heard her use hateful, harmful rhetoric when describing the LGBTQ+ community and non-Christian religious communities,” he said. “Don Grundmann is a radical right-wing fascist from the Bay Area who is attempting to use Modesto as a launching ground for his political and cultural campaign of hate.”

For her part, Mason dismissed both her son and his concerns, saying, “Homosexuals in general pull away from family and friends at some point.”