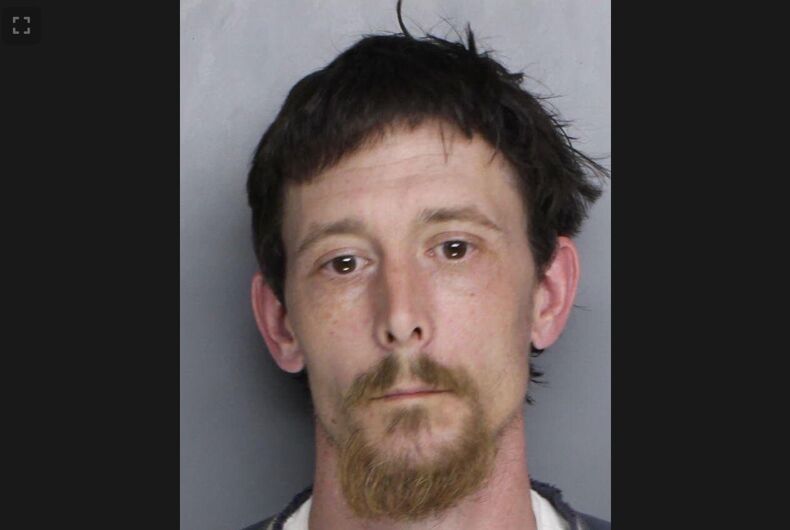 The American Family Association (AFA), an anti-LGBT hate group that masquerades as a Christian charity, is trying to use a crime committed by a straight cisgender man to smear transgender people and Target department stores. The group has been unsuccessfully urging Christians to boycott the retailer for years.

The longstanding antagonism was spurred by the passage of North Carolina’s anti-trans bathroom law that required people to use the public restroom associated with the gender on their birth certificate. When Target announced that trans people were welcome to use the appropriate restrooms in their stores, the AFA pounced.

Now AFA is using the sexual victimization of female shoppers in a shameless attempt to enrich themselves. The group has used the boycott as a way to garner donations and scrape email addresses from people who sign the petition. Anyone who signs is added to their mailing list and asked to give money to the hate group.

Sean Anderson was arrested in Pennsylvania and has been accused of drilling a hole into a Target dressing room wall to spy and take photos of women in various states of undress. More than 50 photos were found on his phone – including some underage girls. He’s been charged with possessing child pornography and invasion of privacy among other crimes.

AFA, however, is attempting to scare their followers into believing the two are connected. Most Target dressing rooms aren’t gendered already since they’re normally only for one person and Anderson did not enter a “women’s” dressing room by pretending to be a transgender person.

What Anderson did is a crime and is being treated as such. But that crime had nothing to do with transgender people.

“As AFA has stated many times, our worries do not stem from fear of the transgender community, but rather from both the real and potential threat that predators and voyeurs would take advantage of the Target restroom policy to harm women and children — and there are plenty of incidents to show that they have,” Tim Wildmon, the group’s president, said in a statement sent to LGBTQ Nation.

The Target policy on dressing rooms hasn’t actually changed. All they did was clarify their policy – and there’s not even an inkling of suspicion that Anderson even knew what the retailer’s policy is for using the bathroom.

But that hasn’t stopped AFA from using the opportunity to bash transgender people. Earlier this week they praised the Trump administration for arguing to the Supreme Court that transgender people shouldn’t have civil rights.

After he kissed his boyfriend at the bar, the bouncer approached him. Then it turned ugly.