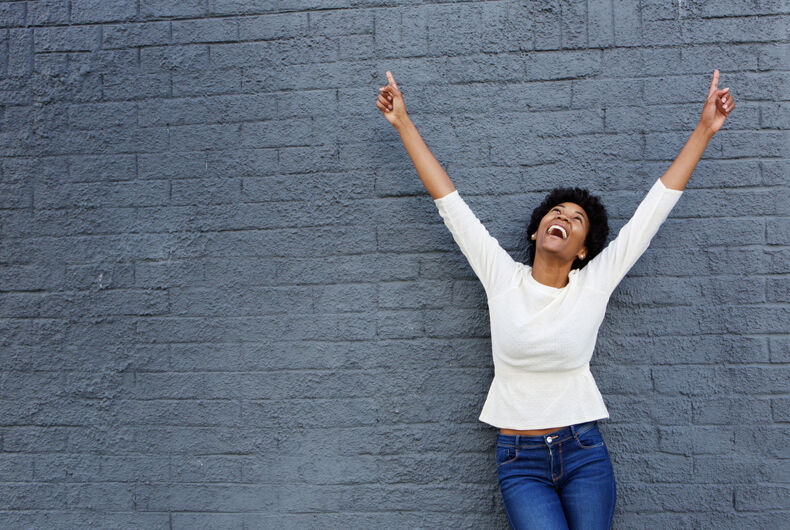 We have a red alert, people. A red alert.

Showtime has dropped the trailer for The L Word: Generation Q and the excited screams from fans have quite possibly been heard on the space station because this show looks out of this world.

Original cast members Jennifer Beals, Kate Moennig, and Leisha Hailey will be returning as their iconic characters “alongside a new generation of self-possessed LGBTQIA characters experiencing love, heartbreak, sex, setbacks, and success in L.A.,” according to the network.

The show ran from 2004-2009 and helped shape how the LGBTQ community was portrayed on television and in the media. The characters were fiercely independent, successful, attractive and well written, but the storylines were often ridiculed for some outrageous plot twists.

Trans actress Sophie Giannamore will play the role of Jordi, “a rebellious teen with absent parents,” and trans actress Jamie Clayton — who played the transgender hacker Nomi Marks on Netflix’s sci-fi drama Sense8 — will play Tess, “a no-nonsense bartender who sees other people clearly but has a blind spot when it comes to her own relationships.”

While it’s unclear whether Jordi or Tess will be trans characters, both could help the show repair the original series’ messy take on trans identity.

The new trailer shows Beale’s character, Bette, announcing she will run for mayor of Los Angeles, Moennig’s Shane getting her groove on, and Hailey as Alice – who apparently hosts a talk show now. TV Line gives us the info on the rest of the cast:

But if the true test of how well a reboot will do is measured by fan reactions on social media, Showtime has a guaranteed hit on their hands. Just check out some of these reactions for bonafide lesbians and see for yourself.