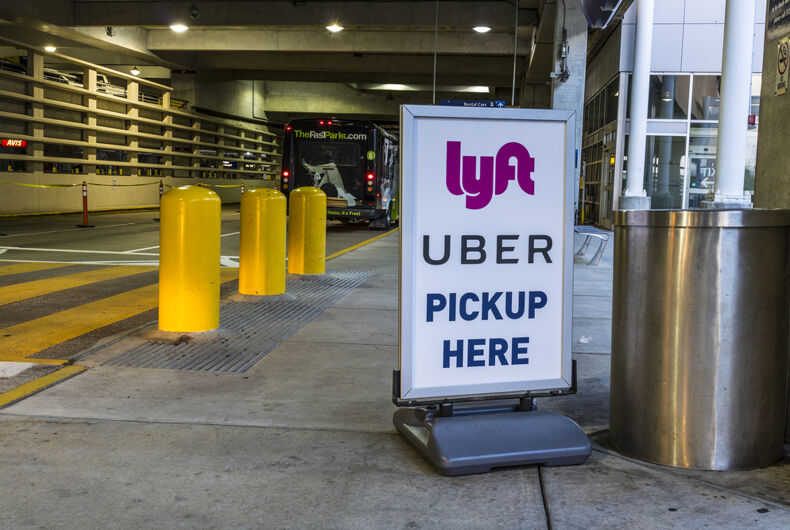 I flew from Washington DC to New Orleans on Monday evening and an experience with the Lyft driver who picked me up at the airport spurred me to post about it on social media. Apparently I wasn’t the only one struck by the situation since my quick observation has garnered hundreds of reactions and comments.

Lloyd, a white haired good old boy, picked me up in a pickup truck. I condescendingly texted my husband to moan that I was obviously in Trump country now as I climbed into the cab with the driver.

He told me about living in New Orleans when Hurricane Katrina hit, pointed out a few buildings, and then he asked what I did for a living. I was a little unsure what to expect, but I told him that I am the editor of the largest LGBTQ news site and wondered how it would turn out. After all, we’ve published plenty of stories about rideshare drivers kicking queer folk out of their vehicles once they realize the customer is gay or trans.

That’s not what happened at all. I wasn’t prepared for Lloyd’s response, but it will stick with me for a long time.

My Lyft driver last night picked me up at the airport in a pickup truck. He was a good ole boy in his 50s and I rode in…

In the comments section, I posted a quick note to give a wee bit more info.

Lloyd’s brother has been married to his husband for six years and they’re still a very happy couple. Lloyd was over-the-moon happy to attend the wedding and said it was “one of the best days” because his brother was all smiles.

He asked me if I was married and I told him we’d been married for six years too, but together for 21 years.

“That’s awesome, man,” he replied with a huge grin. “Love is love.”