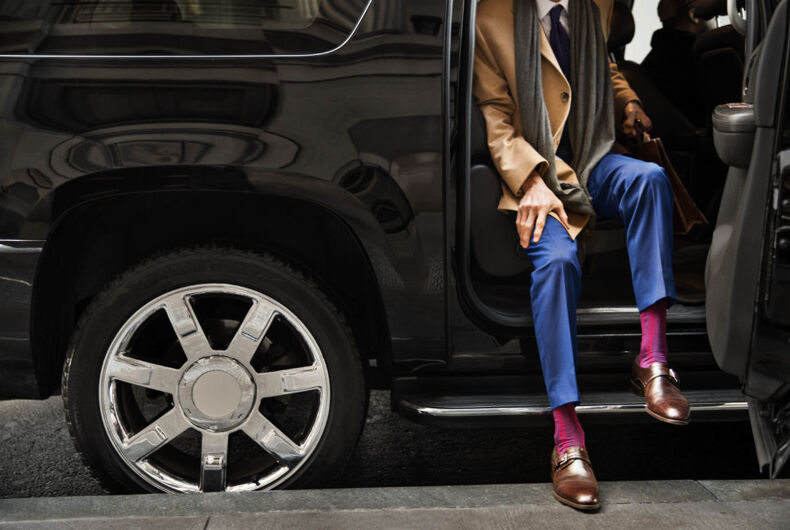 Alec Jansen and Ben Martella were using a Lyft rideshare to travel from Butler University to Broad Ripple in Indianapolis, when their driver ordered them out of the car. The driver’s reason was simple: the pair kissed each other.

“We basically pecked, nothing out of the ordinary,” said Martella in The Indianapolis Star. “He looked in his rear view mirror. He was yelling. We were stunned. We didn’t know the reason for it. He said, ‘I’m going to end your ride. I can’t have that in my car. I don’t have that here.’… I was really upset. It was a big reaction for such a small display of affection between two guys.”

The couple was roughly a mile into their ride when the irate driver demanded they leave.

Right after they were kicked out, Martella took to social media to discuss what happened, saying he, “was just discriminated against by @lyft my ride kicked me out because I was kissing another man. He kicked us out and I still have to pay. Disappointed and feel unfairly judged by this service.”

Both Jansen and Martella complained to Lyft, but were initially displeased with the response they got from the company, saying the interaction with Lyft was “very impersonal. It’s all been half-way responses to the answer I was looking for.”

The company did offer to refund their ride, and say that they would be taking “the appropriate and necessary actions.”

It was only after the newspaper contacted Lyft that the company took a firmer tone, saying that the driver had been “deactivated.” Deactivation disallows him to serve with Lyft.

Indiana has no civil rights laws that are inclusive of sexual orientation, although Indianapolis does. It is unclear, however, if the latter could apply.