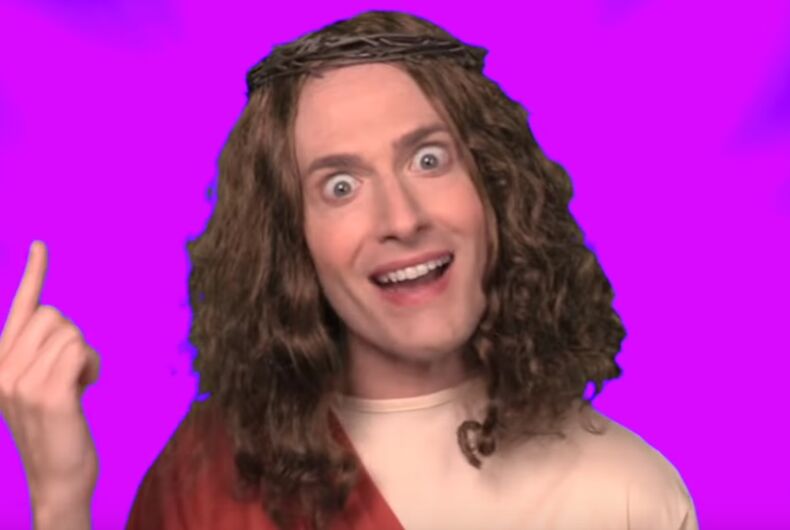 Randy Rainbow has a new parody video taking Donald Trump to task for some self-aggrandizing and anti-semitic tweets.

Last week, Trump quoted TV host Wayne Allen Root who said that Trump is “the greatest President for Jews and for Israel in the history of the world,” “the King of Israel,” “the second coming of God,” and that he’s good for “all Jews, Blacks, Gays, everyone.”

He also called himself “the chosen one.”

Even for someone who built a career out of complimenting himself, that was a bit much for a lot of people.

This chair is meant for bisexual people to use. It’s perfect.