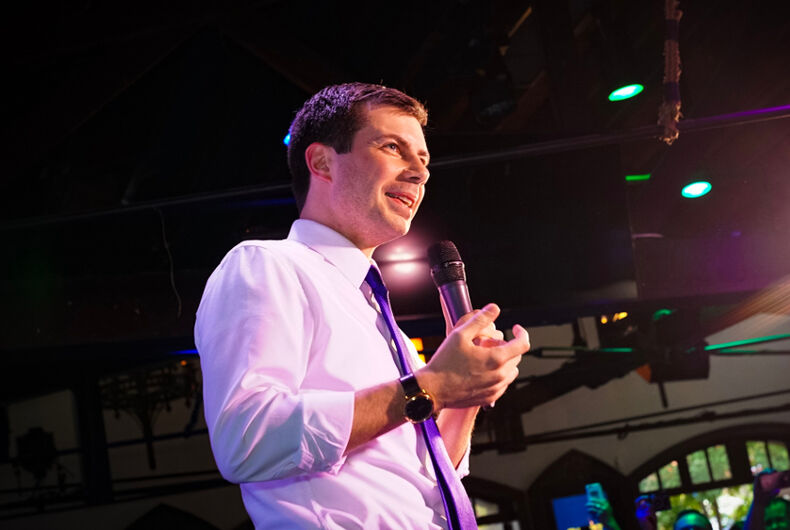 Pete Buttigieg’s pathway to the Democratic nomination isn’t entirely clear. Despite strong debate performances, his poll numbers are still in the single digits. He’s yet to gain much if any traction with African Americans, who comprise about a quarter of the voters in the Democratic primaries.

But with a huge candidate field that seems to resist winnowing, Buttigieg may be betting on something else: a brokered convention. That’s why the South Bend mayor is aggressively courting the Democratic insiders who would call the shots in that scenario.

The Democrats basically have two tiers of delegates at the convention. There are the delegates chosen during the primaries. But there are also 769 so-called superdelegates, a group of party insiders who could wield enormous power if the convention opens without any candidate having enough regular delegates to win outright.

Last Monday, Buttigieg hosted a 40-minute conference call with the superdelegates. “We wanted to hold this call to hear from you,” Buttigeig said on the call, according to The Daily Beast. He answered questions from the delegates, while his top campaign staff speak about campaign strategy.

Like a lot of what Buttigieg has done in the campaign, the call was a shrewd move. He’s the first candidate to reach out to the superdelegates. He’s courting the potential president-makers, but he’s also making himself better known to the power players with whom Joe Biden in particular has been schmoozing for decades.

“When I have this level of engagement from a candidate, it’s an indication to a certain level that that candidate is thinking strategically.” Alma Gonzalez, a member of the Democratic National Committee, told The Daily Beast. Gonzalez noted that Buttigieg’s outreach was well ahead of other candidates’, including Biden’s.

If there is no outright winner leading up to the convention, that’s because Biden has, for whatever reason, failed to seal the deal. The superdelegates will be looking for the consensus candidate who can take his place, while healing the wounds of what will have undoubtedly been a long and bitter primary season.

Even if Buttigieg’s strategy doesn’t pay off this time–if he ends his campaign before the convention or even if the superdelegates opt for someone else–he will have ingratiated himself with a key party constituency. That can pay off for his future presidential ambitions. At 37, Buttigieg still has plenty of time to see them fulfilled.