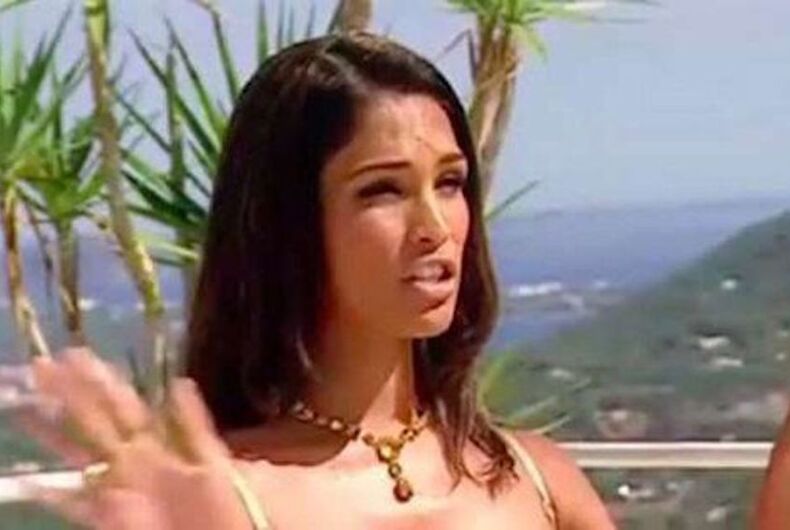 Miriam Rivera Photo: screenshot of "There's Something About Miriam"

Rivera’s husband, New York resident Daniel Cuervo, says that Rivera called him in the morning of February 5 complaining about “feeling ill and vomiting blood.” At his urging, she went to the hospital and later left the hospital at noon. Two hours later, she was discovered dead by hanging at her apartment.

Related: A transgender woman was stoned to death as she begged for money

Cuervo and others suspect foul play. They think Rivera was murdered and her death made to look like a suicide, possibly for refusing to participate in sex work.

Rivera had started doing sex work in 2010 to pay for medical costs for “when she fell from her New York apartment’s window in 2007.” Rivera said she’d been escaping a burglar, but another friend of hers, Jeanett Ørtoft, says she was pushed out the window in a murder attempt.

Cuervo also said that someone called him after Rivera’s death and told him, “Don’t come back to Mexico or we’ll kill you too.”

Ørtoft, says Rivera was close to finishing a degree and wanted to write a memoir — future life plans that might not occur to a suicidal person.

In 2004, Rivera appeared in a U.K. dating reality series entitled There’s Something About Miriam in which she indulged several suitors who only learned of her trans identity in the show’s final episode. It first aired in the U.K. and later in Australia, Poland, Argentina, and the U.S.

After the show aired, its male participants sued producers for “conspiracy to commit sexual assault, defamation, breach of contract, and personal injury in the form of psychological and emotional damage,” according to the Daily Mail Australia. They settled out of court for an undisclosed sum.

Is Pete Buttigieg counting on a brokered convention to win the Democratic nomination?