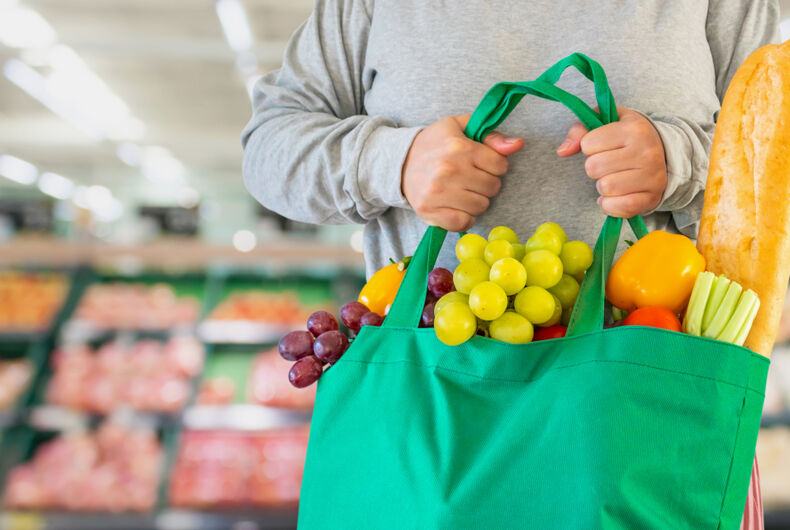 A team of researchers from Penn State have found one of the major stumbling blocks to get Americans to care about the environment – gender roles. The group’s findings show that people don’t want to do what they see as gendered tasks to prevent climate change so they aren’t perceived as homosexual.

One glaring example are straight men who don’t want to use cloth reusable shopping bags because they don’t want to be perceived as gay. They also questioned the sexual orientation of women who did things they perceived as “masculine” like caulking windows and said they were less attractive.

“There may be subtle, gender-related consequences when we engage in various pro-environmental behaviors,” Janet K. Swim, professor of psychology, said. “People may avoid certain behaviors because they are managing the gendered impression they anticipate others will have of them. Or they may be avoided if the behaviors they choose do not match their gender.”

She says environmentalism itself is seen as feminine for some reason. It’s not just using paper straws that challenge heterosexual men’s masculinity.

Related: Someone is trying to sell makeup to men by calling it ‘war paint’

“Behaviors don’t just help us accomplish something concrete, they also signal something about who we are,” Swim said. “Line drying clothes or keeping tires at proper pressures may signal that we care about the environment, but if those behaviors are seen as gendered, they may signal other things, as well.”

During the first two studies, participants read fictional summaries of a person’s daily activities, which included either feminine, masculine or neutral pro-environmental behaviors. Participants then rated whether the person had masculine or feminine traits and guessed what the person’s sexual orientation might be.

The researchers did a third study to examine whether people avoided others based on the other person’s pro-environmental behavior preferences. In a room with several other people, participants completed a digital survey where they indicted which environmental topics they would like to discuss with a partner.

“If being seen as heterosexual is important to a person, that person may prioritize gender-conforming over gender-nonconforming pro-environmental behaviors in anticipation of how others might see them,” Swim said.

So maybe LGBTQ people will save the world by teaching straight people to ignore the gender divide once and for all.