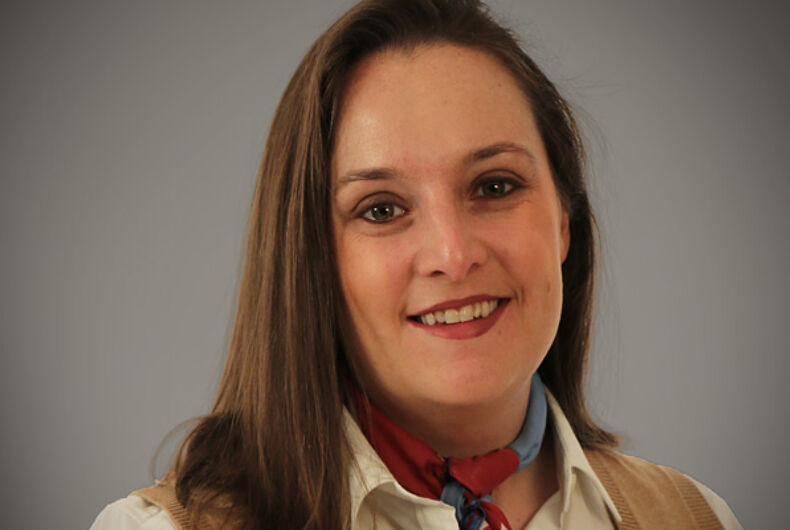 Jerri Ann Henry, the first woman to lead Log Cabin Republicans, has resigned following the group’s endorsement of President Donald Trump’s reelection campaign. The controversial decision by the gay Republican group’s board has led to mass resignations and community outrage.

The Washington Blade has confirmed that Henry did not support the endorsement and was effectively sidelined by the group as they tried to defend their decision to endorse the most anti-LGBT president in American history. The group issued their endorsement as an op-ed to The Washington Post, but it was signed by the group’s board chair and vice chair instead of the executive director. Instead, Henry’s name was noticeably absent.

Sources tell the Blade that Henry submitted her resignation during a “harsh” discussion with board members.

The endorsement has caused other longtime Log Cabin supporters to flee the organization. Not only are the rank and file hitting the exit, they’ve been joined by a former leader of the group’s DC chapter, a transgender politician, former staff and current board members.

Log Cabin’s spokesman, Charles Moran, confirmed that Henry had quit in a statement to the Blade.

“The final date of her employment is undetermined at this time,” Moran said. “The board’s executive committee will proceed with an orderly transition to ensure nothing falls through the cracks.”

“We thank her for her service to our organization and wish her well in the next chapter of her career.”

The group will host their annual “Spirit of Lincoln” event in mid-September. While the gathering is normally a dinner with powerful Republicans and reception, the group’s vociferous defense of Trump over the past year has dampened enthusiasm among members. Only a reception will be held this year.