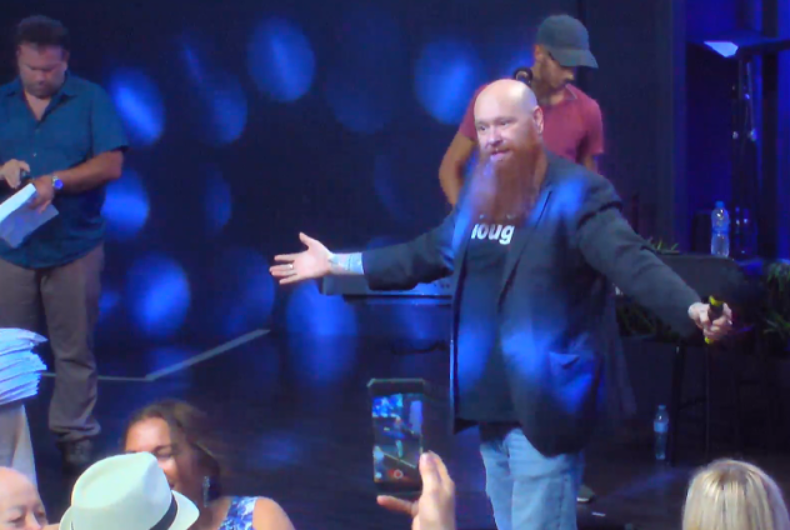 Major charismatic evangelical Todd Bentley has been publicly accused of being “not fit for public ministry” because he has a “perverse sexual addiction” to both men and women. And Bentley, who founded Fresh Fire USA, responded by admitting that many of the accusations are true.

Stephen Powell of Lion of Light Ministries in North Carolina accused his former mentor in a Facebook post last week of a long list of sexual misdeeds, including hitting on interns and assistants, asking for naked pictures from people in his congregation, and having sex outside of marriage. Powell said that he has spent time gathering proof of the accusations, although he did not hire a professional investigator or otherwise seek help.

In the post, Powell said that he had proof of many of the accusations, like screenshots of conversations. One student told Powell that she was asked by Bentley to send him pictures of herself, that he would hug her too long, and that he made inappropriate comments.

A male intern said that Bentley offered him $1000 to perform oral sex on the younger man. “I was like, ‘What the fuck is your freaking problem… are you fucking retarded?” the intern said, according to Powell.

Related: This notoriously homophobic pastor has been caught running a hellish private school

The intern said that Bentley sent him naked pictures of his wife.

One person allegedly said that Bentley spent 30 minutes in a hotel room with a female assistant. Another person accused the evangelical of smoking pot and then trying to hook up with a male intern.

Powell said that he has been aware for some time of rumors about Bentley, but it wasn’t before this summer that he had anything more than rumors to go public about.

“I believe that Todd was preyed on sexually as a child, and I believe that that same demonic entity uses Todd to prey on others that have come into Todd’s ministry with their guard down because they felt all was safe being in the presence of an anointed man of God,” Powell wrote in the Facebook post.

He said that he has had no sex outside of marriage “connected to this incident” and that he has not had an affair in the past six years.

But he admitted that he sent “sexually suggestive” and “inappropriate” text messages to people. He said that his behavior was “despicable.”

Powell’s accusations also included Christian author Rick Joyner. He said that Joyner, who helped create Fresh Fire USA with Bentley, knew about the accusations for years and did not do enough to stop Bentley.

“I believe that Rick Joyner, along with other Senior leaders who have had oversight over Todd through the years, have failed the body of Christ in this regard,” Powell wrote.

Joyner responded with his own Facebook video, accusing Powell of “witchcraft.”

“When people come to me with pressuring, manipulating, especially threatening if I don’t do something their way, or in their time, I know that’s the devil,” he said. “That’s in Scripture, counterfeit spiritual authority which is called witchcraft. That is not the Holy Spirit. We’ve got to start recognizing what is from the Holy Spirit and what is not.”

Both Joyner and Bentley made it appear that Bentley had done some inappropriate things in the past, in 2013. But Powell said that many of the accusations are more recent.

“They are current, as current as a few months ago, and they show a disturbing ongoing pattern of unrepented sin as well as a cover-up from leadership,” he wrote.