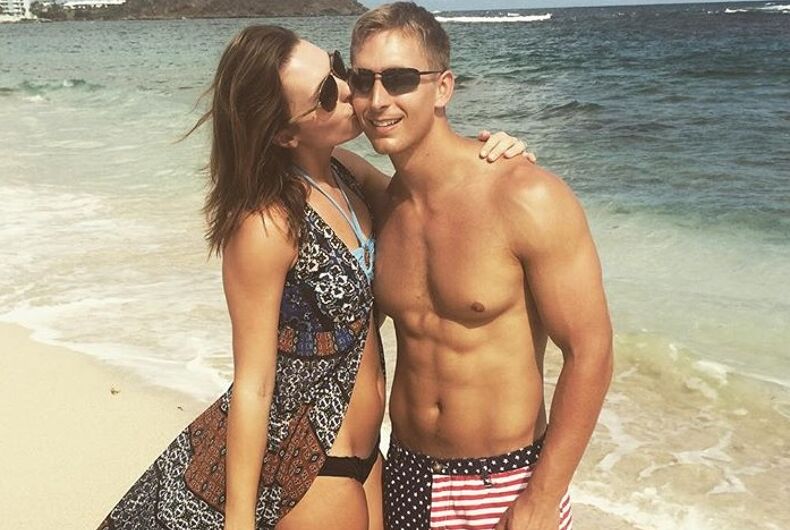 This time, it’s his personal trainer who benefited and the university that gained little to nothing out of the deal.

In 2011, Falwell and his wife started training with Benjamin Crosswhite, a Liberty graduate who was 23 at the time. Things were going great – Falwell claimed to have lost 75 pounds from working with Crosswhite.

Later that year, Falwell sent an email that has been uncovered by Reuters where he urged Liberty officials to cut a “sweet deal” for Crosswhite.

The deal was that Liberty would sell an 18-acre racquet sports and fitness facility for $2 million to Crosswhite. Of course, the young trainer didn’t have $2 million dollars on-hand, so Liberty agreed to rent the facility from him for their tennis team and paid him $650,000 upfront for the first nine years of the lease. The other $1.2 million Crosswhite paid for the facility was covered by a loan that Liberty made to him at a low 3% annual rate.

A year later, Falwell sent an email to Liberty officials directing them to lease more gym space to Crosswhite’s business for $2,300 per month.

“The concern is whether the university’s president wanted to do his personal trainer a favor and used Liberty assets to do it,” Douglas Anderson, a former internal audit chief at Dow Chemical told Reuters after reviewing the deal.

“At a minimum, the terms suggest the buyer got a great deal and Liberty got very little.”

Crosswhite is not responding to questions about the deal. The university said that the athletic facility was a “drain on university resources,” so they wanted to sell it. They said that they provided financing so that the school could continue to use the facility.

Records also show that Falwell took Crosswhite on a trip in Liberty’s private jet to Miami. Falwell said that his doctor is in Miami and he went for his annual physical and he wanted Crosswhite present to discuss his training and nutrition plan. Since Liberty requires a yearly physical for Falwell, he didn’t have to reimburse the university for the flight.

If this story sounds familiar, it’s because Falwell has faced scrutiny for his relationship with a young poolboy in Miami, Giancarlo Granda. Falwell gave Granda $1.8 million to help buy an LGBTQ-friendly Miami Beach hotel, even though Falwell himself and Liberty University aren’t LGBTQ-friendly. Granda also got to ride in Liberty’s private jet.

The difference is that he used his personal money to help Granda. Crosswhite benefited from Liberty money, which is a nonprofit that depends on federal student loan money to operate.

Falwell gets a salary of almost $1 million from Liberty and is required to put the university’s financial interests before his own. He said in a statement that he tried to be “a business mentor” to Crosswhite but that did not “cause him to abandon his fiduciary duties” to the university.