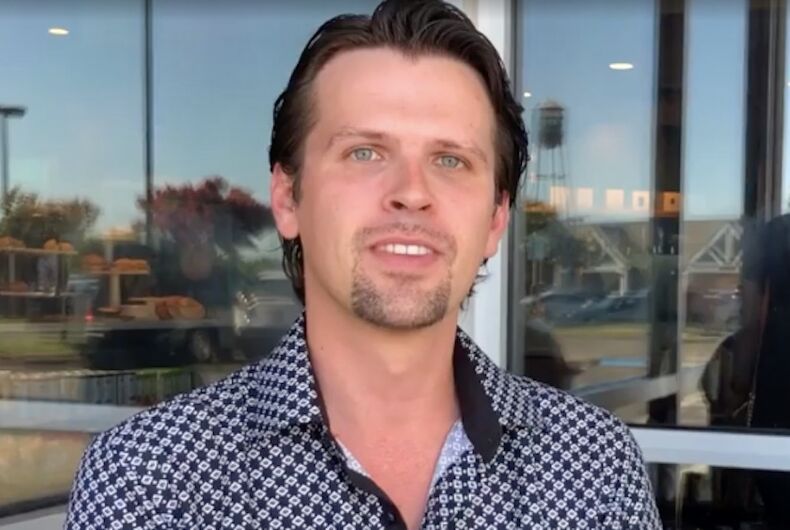 Mylinda Mason — a co-coordinator of an upcoming Straight Pride event in Modesto, California — has a 28-year-old gay, adopted and estranged son named Matthew Mason who is speaking out against his mother and her colleague’s attempts to hold a Straight Pride event on August 24.

Matthew, who was reportedly rejected by his family when he came out at age 19, told The Modesto Bee, “We don’t want hate in Modesto,” said Matthew. “I am making sure Modesto is not a place for hate speech.”

Matthew said of the organizers:

“They believe Western Civilization should be straight, white and Christian with a very specific gender binary. They believe this should be a culture war. It’s rhetoric I’ve heard my whole life.

Mason plans on holding a candlelight vigil to protest the Straight Pride event. He also plans on addressing the Modesto City Council to urge it not to allow the event “because it has the potential for violence.”

Modesto City Council member Kristi Ah You, who is Matthew’s biological mother, told CBS that the city will probably not grant a permit to the event because the event would constitute hate speech.