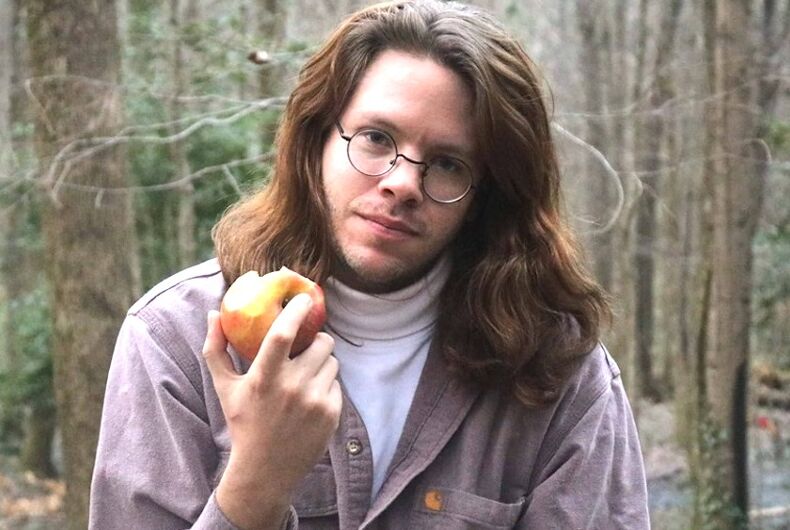 Police arrested Johnson on July 31 and Moore on July 27. It’s unclear if they have past criminal records.

Two of the suspects reportedly held Peters up at gunpoint for his bag while wearing masks and then shot him multiple times near a MARTA transit station at 8:30 a.m on June 4. A witness said one of the attackers told Peters, “Give me your bag, f*ggot.”

Then, according to the Atlanta Constitution Journal, “One of the unidentified suspects shot the victim in the chest with a chrome pistol, then proceeded to shoot him again in the neck after he was on the ground and took his bag.” The men allegedly fled in a maroon, four-door truck with a third person driving.

Peters was transported to a local hospital and pronounced dead.

Police released photos of the three suspects late last month and declared the murder as “hate motivated.” However, Georgia has no hate crime laws that offer enhanced penalties for targeting a person based on sexual orientation.

In response to the slaying, Allison Padilla-Goodman of the Anti-Defamation League urged state lawmakers to pass hate crimes legislation and added:

“Unfortunately, this deadly attack is not a rare or isolated event. Rather, this is the latest in a long string of hate-motivated incidents…. Our hearts go out to the family of Ronald Peters. We are praying for his family and his partner, Titus Davis …

It is time to show all Georgians and the nation that we take people’s identities seriously and protect them. We will not allow bias and bigotry to reign free, and we believe that everyone should be who they are without fear of violence.”

Meet the ‘Deplorable Choir.’ They’re even more awful than their name suggests.