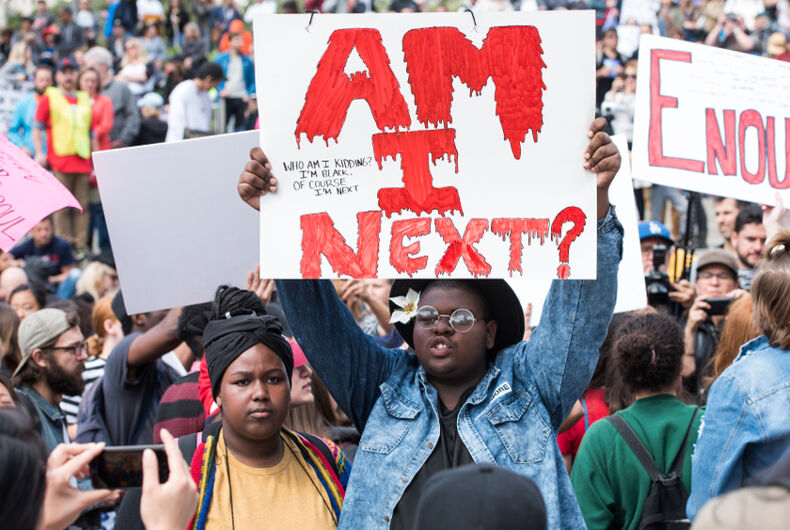 In light of this weekend’s mass shootings in El Paso, Texas; Dayton, Ohio and many others before it, it’s long past due to address the cause.

Short of repealing the Second Amendment in its entirety (which I advocate), which has no chance of succeeding in the current political climate, I propose common-sense firearms safety measures:

• Ban and criminalize the possession of semi-automatic and so-called “assault” weapons!

• Close loopholes such as buying a weapon at a gun show!

• Ban the purchase of firearms from those on the federal “no-fly” list, anyone convicted of domestic violence, and anyone who has a restraining order against them! Strengthen “Red Flag” laws!

• Repeal the Dickey Amendment (passed by Congress in 1996 mandating that “none of the funds made available for injury prevention and control at the Centers for Disease Control and Prevention may be used to advocate or promote gun control”)!

• The U.S. government must increase funding for research investigating the causes and solutions of firearms violence!

• Strengthen the ban on the purchase of firearms and ammunition on the internet!

• Ban so-called “Bump Stocks” and other technologies that increase the speed or force of semi-automatic weapons!

• Increase the waiting period and make background checks universal and more rigorous and effective in the purchasing of firearms!

• Limit the number of firearms any individual can own!

• Limit the number of bullets any firearm magazine can hold!

• Ban and criminalize the purchase and possession of “armor piercing” bullets, and hollow-tip bullets!

• Ban so-called “ghost guns,” which are kits that include gun parts the owner assembles into a completed firearm!

• Hold gun shop owners liable when selling firearms and ammunition to anyone who is not legally eligible to own, such as minors, felons, or people with a history of serious mental illness!

• Initiate an anonymous reporting system for persons wanting to report suspicious behaviors of those who possess firearms!

• Investigate and initiate effective anti-bullying policies in schools and workplaces!

• Assess all incidents and continually update training procedures of law enforcement agencies on the national and local levels to better ensure equitable and bias-free policing in the community in which they are meant to serve!

• Limit the purchase of any firearm to the age of 21 (preferably 25) and above!

• All firearms owners must take and pass a course in the proper use, safety, and storage of their weapons!

• All firearms must contain a safety device designed to prevent the discharge of the weapon by unauthorized users!

• All firearms owners must have a locked box to prevent access to unauthorized users!

• Rethink the “logic” of permitting concealed and open-carrying of weapons, especially in places like houses of worship, colleges, bars, restaurants, and political rallies!

Tucker Carlson may be Trump’s logical successor as president, not Mike Pence