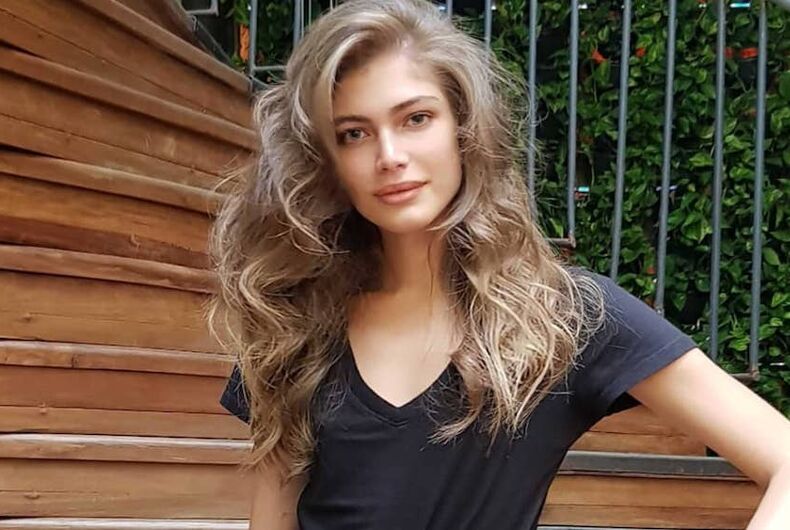 Sampaio is Brazilian and is also the “first trans model to ever grace the cover of an issue of Vogue,” according to Out. Her Instagram shows herself looking stylishly sexy in numerous photo shoots.

Related: Journalists’ listserv shows how prevalent transphobia is in the media

Her hiring comes on the heels of the company deciding not to hold its annual Secret Fashion Show this year in order to “work on branding and new ways to do the show.” It also follows criticisms about Razek’s comments against trans women and large bodied models last year.

When Vogue magazine asked Razek what he thought of younger consumers who requested larger-sized women and trans women to be included in the company’s fashion shows, he responded, “So it’s like, ‘Why don’t you do [a size] 50? Why don’t you do 60? Why don’t you do 24?’ It’s like, ‘Why doesn’t your show do this? Shouldn’t you have transsexuals in the show?’ No. No, I don’t think we should. Well, why not? Because the show is a fantasy. It’s a 42-minute entertainment special. That’s what it is.

Razek’s comment implied that trans and large-bodied women aren’t part of anyone’s fantasies. His use of the outdated term “transsexual” also offended some commenters. One Australian supermodel even called for a boycott.

Barely a week after his comments, the company’s CEO Jan Singer unexpectedly resigned. While neither Singer nor the company provided an explanation, the company’s stock price had dropped more than 40% during her two-year reign.

“My remark regarding the inclusion of transgender models in the Victoria’s Secret Fashion Show came across as insensitive. I apologize. To be clear, we absolutely would cast a transgender model for the show. We’ve had transgender models come to castings.… And like many others, they didn’t make it.… But it was never about gender. I admire and respect their journey to embrace who they really are.”