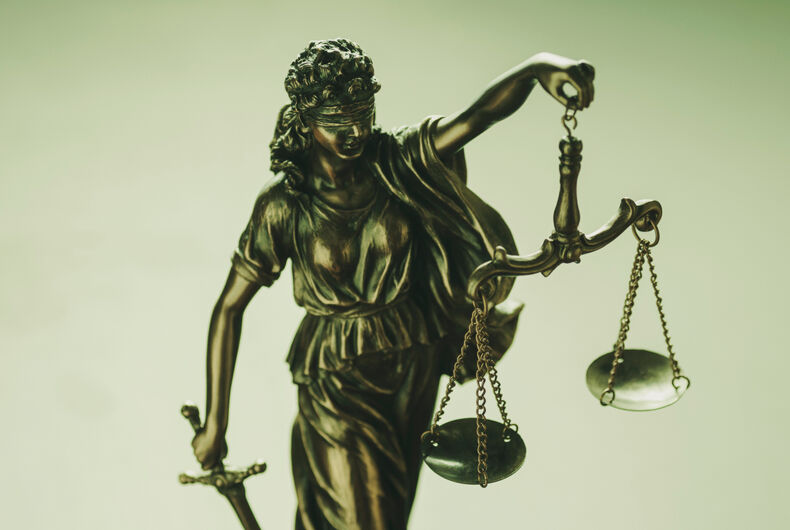 Nine months ago, two police officers were accused of forcing transgender women to have sex with them by threatening to take them to jail if the women didn’t comply. Now one of them has pled guilty – to “sexual solicitation” of a prostitute.

Officer Ian G Lucas from the Prince George’s County Police Department and an unnamed officer from the Washington DC police force have been accused by multiple women of sexual assault. The officers allegedly would target transgender prostitutes and threaten to to take them to jail unless they gave the officers oral sex.

One woman went to DC’s FOX station with her story, providing photos and video proof of her accusation. In one, the officer is shown having sex inside of his squad car. Another photo shows a veteran police lieutenant wearing a DC Police polo shirt, naked from the waist down and having sex with one of the women.

Multiple women testified in front a grand jury about the officers’ conduct after being granted immunity. But instead of throwing the book at the two men who abused their authority to sexually assault women, both police forces and the federal prosecutor seem to have shrugged their shoulders.

While DC’s LGBT community has been fighting a marked increase of attacks on black transgender women recently, the authorities who are supposed to be protecting them are victimizing them instead.

Lucas was suspended with pay after the accusation was made and a spokesperson told LGBTQ Nation that he has not been fired from the force because “the internal investigation hasn’t been completed.” With Lucas pleading guilty and authorities already cooperating with prosecutors, it seems implausible that any further investigation is necessary for an allegation made almost a year ago.

Lucas’ guilty plea can be withdrawn after six months if he completes 48 hours of community service. The charges would be dismissed with prejudice and he would not be required to register as a sex offender.

DC police haven’t named the officer from their force who has been accused and no charges have been filed against him despite photographic evidence of him getting oral sex from a prostitute while in official police garb off duty. A spokesperson says the officer has been placed on “no-contact” status pending another investigation.

Editor’s Note: The article has been corrected to indicate that Officer Lucas is with the Prince George’s County Police Department and not the Sheriff’s Department.