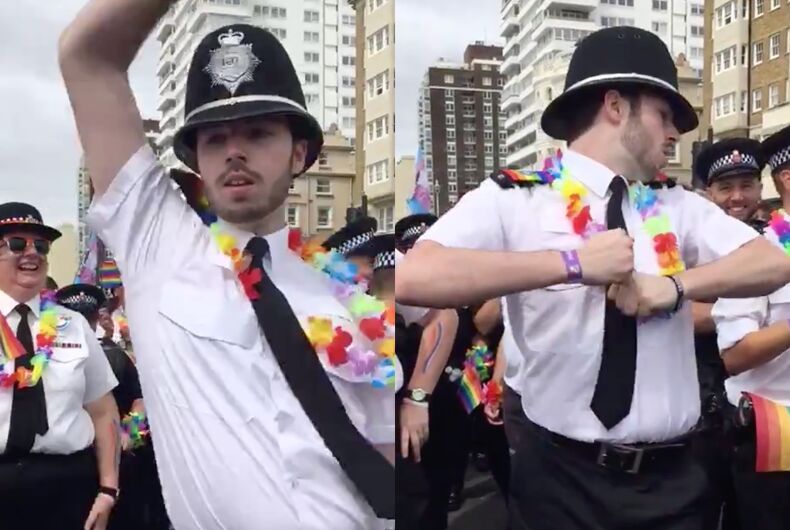 An unidentified police officer danced his way into the public’s heart during the Brighton pride parade over the weekend after the Hertfordshire Police shared it on Twitter.

300,000 people attended the UK’s biggest pride parade – including a large contingent of police officers from the surrounding area. But this particular cop’s impromptu choreography to Steps’ 2017 hit “Scared Of The Dark” made him a standout in the crowd.

Kylie Minogue headlined the event. As she should.

Related: That ‘Straight Pride’ parade is actually happening. This is why we can’t have nice things.

A Polish archbishop ranted about the ‘rainbow plague.’ How people have responded is amazing.