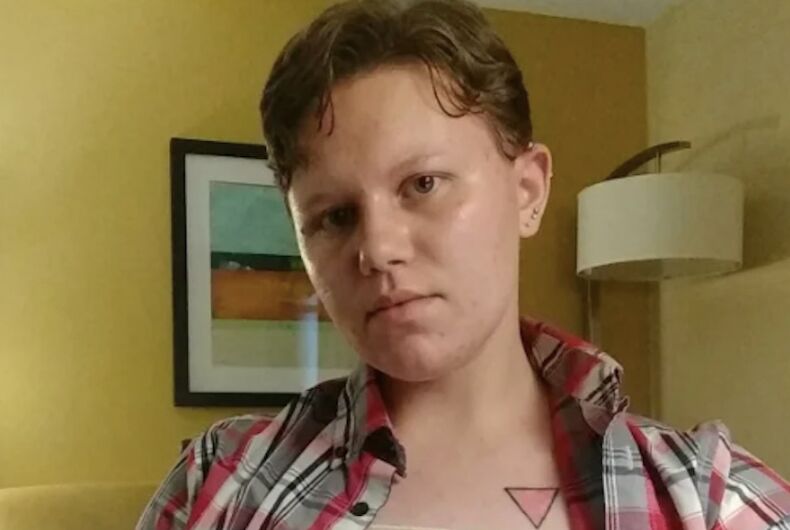 Yanna Awtrey, a 21-year-old transgender man and former student of Welch College near Nashville, Tennessee says the Baptist school suspended him for two semesters after he received top surgery.

According to Buzzfeed News, Awtrey began realizing his transgender identity at age 15 and he is the son of Baptist Free Will missionaries currently on a mission trip in Bulgaria, an east European country near Turkey. His parents disapprove of his trans identity and bodily transformation.

Nevertheless, he secretly began hormone treatment and then had top surgery on August 2. He asked friends of his parents to help care for him post-surgery, but when they discovered the purpose of the surgery after Awtrey had completed the procedure in the hospital, his caretakers immediately notified his parents and the college.

Hours later, the school’s vice president for student services, Jon Forlines, sent Awtrey an email stating that he wasn’t welcome back. The school offered to house him in a hotel for a few days if he’d just voluntarily unenroll and remove any social media posts about his suspension. It added that he’d need permission to return on campus to collect his dormroom belongings.

Awtrey refused and contested his suspension in a school disciplinary hearing. The school told Awtrey he’d violated its rule on “sexuality immorality and perversion in any form.”

The school has since said:

“Welch College believes that [transgender] individuals experiencing such confusion — and the distress that usually accompanies it — should be treated with love and compassion. The College also believes that attempting to alter one’s bodily identity constitutes a rejection of God’s design for humanity.”

The school is housing Awtrey in a hotel until August 12. After that, he’ll stay with family friends in North Carolina until he’s done recovering, but he isn’t sure what he’ll do for housing or money afterwards as he cannot work for two months following his surgery.

Awtrey says his parent chose Welch College for him, reacting negatively whenever brought up the possibility of attending a non-Christian college.

Awtrey said, “Of course, it helped my parents to know that the college was equipped with cameras, curfew, regulations against alcohol, clothing restrictions, and many more potentially broken rules that they could be informed of, even while living outside of the USA.”

Republicans should support firearm regulation for these two big reasons