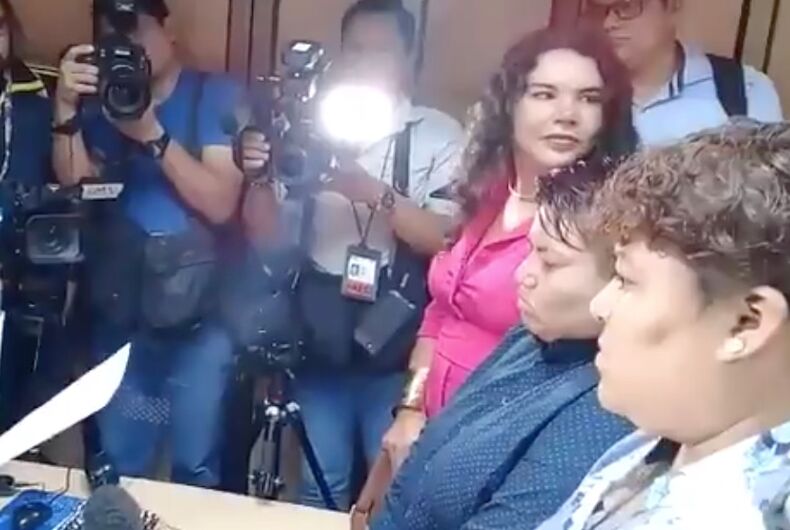 The first same-sex couple has gotten married in Ecuador since the country legalized marriage equality in June.

Michelle Avilés, 23, and Alexandra Chávez, 41, got married yesterday at the civil registry office in Guayaquil after living together for four years.

“A solid marriage is formed on a foundation of teamwork, mutual respect, admiration, and love,” she said. “It’s not by chance that you have fallen in love.”

Albán said that there are other same-sex couples that are preparing to get married.

In June, the Constitutional Court in Ecuador ruled that the constitutional ban on marriage equality was illegally discriminatory. It is the fifth country in South America to do so, after Argentina, Brazil, Colombia, and Uruguay.

Last year, the Inter-American Court on Human Rights ruled in favor of marriage equality. The decision is binding on its 20 member countries, although few have moved to implement it.

First they burn the books. Then they kill people. History has shown us this repeatedly.