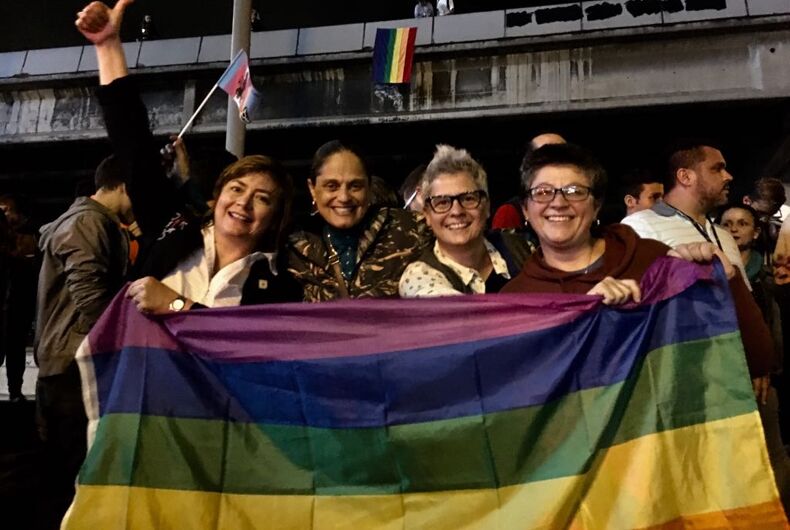 The Western Hemisphere is rejoicing over the ruling in a marriage equality case out of Costa Rica. Not only is the ruling binding for the Central American country, the Inter-American Court of Human Rights ruling also sets precedent for 19 other countries who have agreed to abide by the court’s decisions.

A handful of the countries under the court’s jurisdiction already have marriage equality, but most do not. Argentina, Brazil, Colombia and Uruguay already recognize same-sex marriages as do several states in Mexico. Chile and Ecuador currently recognize same-sex civil unions but not marriages.

Shortly after the ruling was announced, the Costa Rican government announced that it would comply with the ruling. A marriage equality bill pending in Chile and a court case in Panama will be bolstered by the court’s ruling.

“Today is an historic day, a day of light. The Inter-American Court vindicates the rights of LGBTI persons under the American Convention, and reminds all the States of their responsibility and historical moral obligation to this population,” Costa Rican Vice President Ana Helena Chacón said.

Translation: Love is a human condition that must be respected, without any discrimination. The State ratifies its commitment to comply with the advisory opinion of the # IACHR .

For a fantastic paraphrasing of the ruling from the original Spanish, check out Rebecca Pilar Buckwalter Poza’s Daily Kos post.

Top photo for this article comes from Amelia Rueda and you can check out her website for more. Watch Costa Ricans celebrate the ruling below in a video from David Zuiga.

In the Western Hemisphere, homosexuality is criminalized in Barbados, Jamaica, and Trinidad and Tobago. Dominica, Grenada and Jamaica do not submit to the rulings of the court.