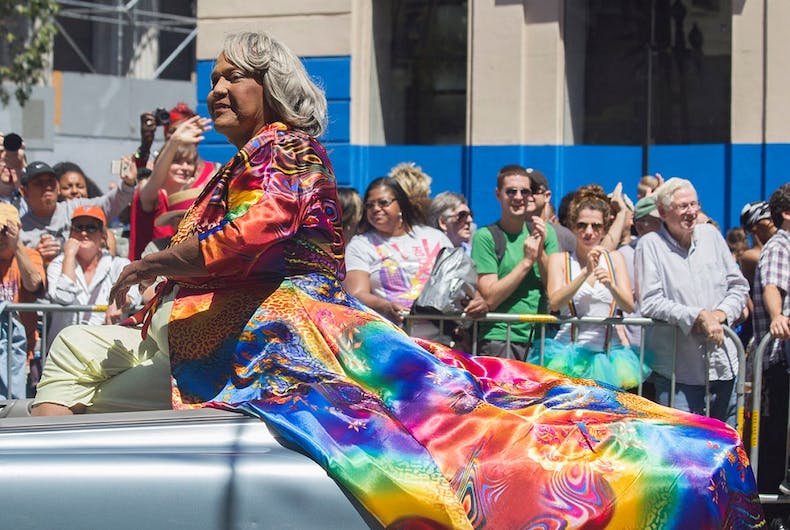 Sharyn Grayson, the Chief Operations/Financial Officer of the House of GG, an education retreat organization founded by Griffin-Gracy, posted on the organization’s Facebook page that Miss Major, 78, suffered a stroke last week and had to be hospitalized.

WE DESPERATELY NEED YOUR PRAYERS…!!!It is with heavy hearts that I, the members of our Board, and our beloved comrade…

Related: This trans activist was there at the start of the modern LGBTQ movement

“Major is about to transfer to inpatient acute rehab today,” House of GG Retreat Coordinator Beck Witt posted on Facebook.

Thanks for the huge outpouring of love. Major is about to transfer to inpatient acute rehab today. She still has…

Griffin-Grayson is best known for her role in the Stonewall riots, and her activism continues to this day. She was the founding executive director of Transgender, Gender Variant, Intersex Justice Project (TGIJP), an organization that “advocates for Trans women of color in and outside of prison.”

She was the subject of the 2015 documentary MAJOR!.