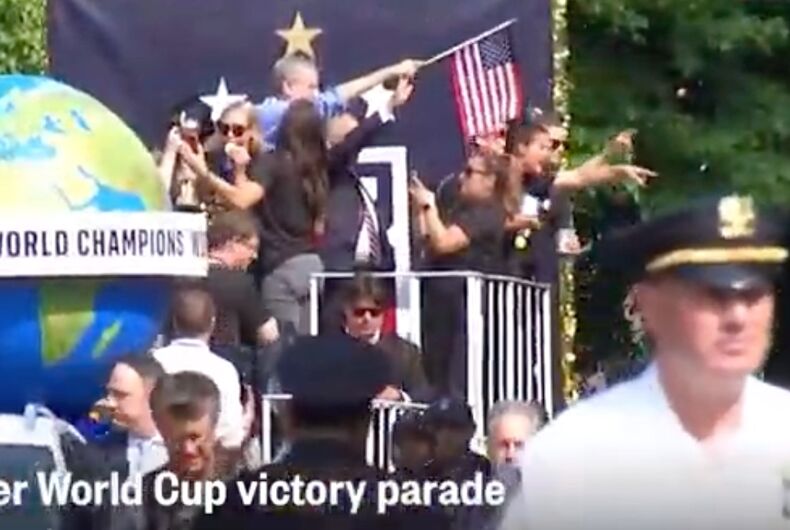 NYC is hosting a ticker-tape parade through the streets of Manhattan for the US women's soccer team's World Cup win.Photo: Screenshot

After their complete domination of the World Cup, the US women’s soccer team is being honored with a ticker-tape parade through the streets of Manhattan.

The parade is held for the homecoming of American heroes. This is the team’s second parade.

Watch live along with us below.