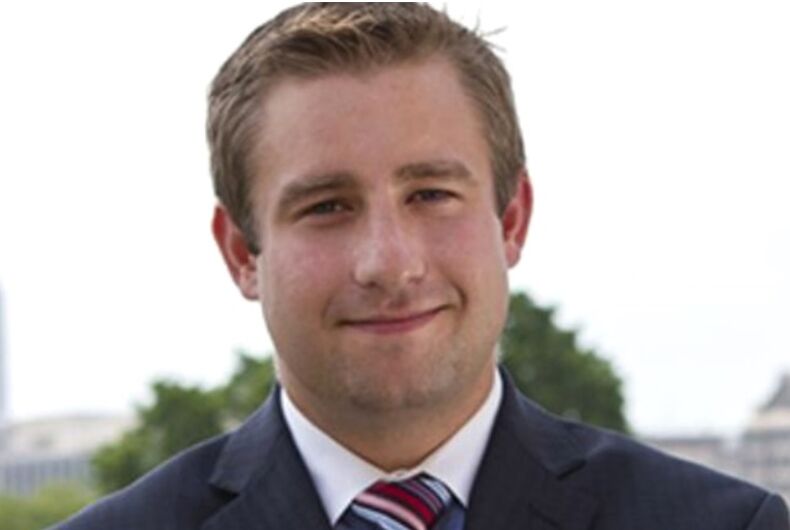 Toward the end of the Democratic presidential primaries in 2016, a false conspiracy theory that a data analyst was murdered by Hillary Clinton was spread around the internet and promoted by Fox News, despite being denied by law enforcement officials and reputable media outlets.

Now a Yahoo! News investigation found the origins of the conspiracy theory: a Russian intelligence agency.

On July 10, 2016, Seth Rich, the Voter Expansion Data Director for the Democratic National Committee (DNC), was murdered in D.C. The murderers weren’t found, but police believe that it was an attempted robbery gone wrong.

Several days later, Russia’s foreign intelligence service SJR issued a fake “bulletin” that was made to look like an intelligence report. The bulletin said that Rich was on his way to the FBI to tell them about corrupt dealings involving Clinton when he was killed by her hit squad.

Related: Was Trump responsible for the Fox conspiracy story about a gay DNC staffer’s death?

While ridiculous, the report was picked up by fake news website whatdoesitmean.com and it spread around the internet from there.

The conspiracy theory that eventually developed was that Rich was the source of the July 2016 DNC email leak, a set of just under 20,000 emails from DNC staffers that showed that the DNC generally favored Clinton over her primary rival Bernie Sanders.

In 2017, White House chief strategist Steve Bannon texted a 60 Minutes producer: “Huge story… he was a Bernie guy… it was a contract kill, obviously.”

Fox News promoted the conspiracy theory and Rich’s family sent a cease and desist letter to the channel, which retracted an article from its website. Fox commentator Sean Hannity, though, said that he would keep “trying to find the truth” and lost several advertisers.

D.C. Police and media outlets like Snopes and FactCheck.org debunked the conspiracy theory but it continued to get attention on social media.

“To me, having a foreign intelligence agency set up one of my decedents with lies and planting false stories, to me that’s pretty outrageous,” said former prosecutor Deborah Sines, who was in charge of the Rich murder case. “To waste your time investigating BS is just horrible.”

Sines said that the entire story is a complete fabrication and there is “no connection between Seth and WikiLeaks.”

“And there was no evidence on his work computer of him downloading and disseminating things from the DNC,” she said.

She has been investigating the origin of the conspiracy theory as well.

“It appeared to me that it was a very clear campaign to deflect an ongoing federal criminal investigation,” Sines said.

“So then you have to look at why is Russia doing this? It’s not rocket science before you add it up and you go, ‘Oh, if Seth is the leaker to WikiLeaks — it doesn’t have anything to do with the Russians.'”

“So of course Russia’s interest in doing this is incredibly transparent: ‘Let’s blame it on Seth Rich. He’s a very convenient target.’”

Seth Rich’s mother Mary Rich has also spoken out against the disinformation campaign.

“You’re used, you’re lied to, you’re a pawn in your own son’s death,” she said. “I wish they had the chance to experience the hell we have gone through.”