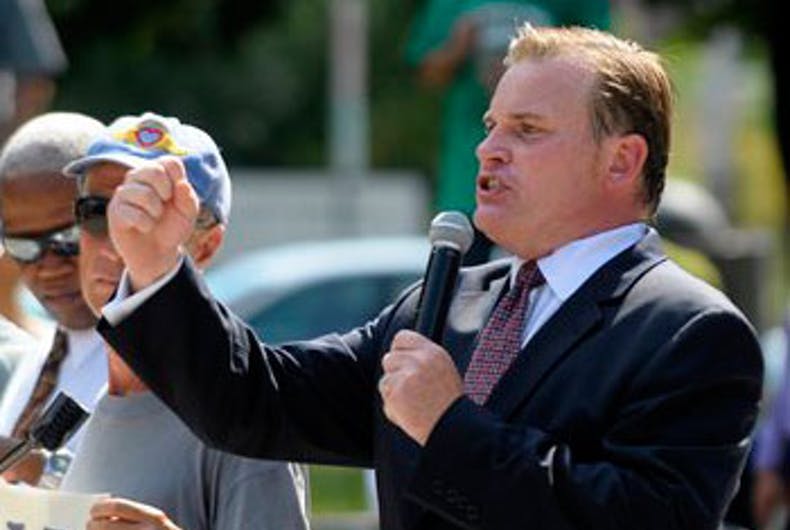 A prominent anti-LGBTQ activist said that Donald Trump’s new Commission on Unalienable Rights will be a once-in-a-lifetime opportunity to roll back LGBTQ equality.

Last week, Secretary of State Mike Pompeo announced a new Commission on Unalienable Rights that will conduct “one of the most profound reexaminations of the unalienable rights in the world” to determine which human rights are worth protecting and which are more… optional.

Human rights advocates immediately criticized the commission, saying that it would weaken international human rights. The State Department said that it would be based on “natural law” – a system of thought often used to say that LGBTQ people are “unnatural” and therefore don’t deserve to be treated equally – and all of the people picked to staff the commission have histories of anti-LGBTQ activism.

So it’s no wonder a Christian conservative like Brian Brown loves the idea of the commission.

In a message to supporters, he said that the commission is “an extraordinary opening to push for clear and consistent recognition of the natural family.”

“Natural,” of course, means “heterosexual” in this context.

It “gives us a forum to challenge American foreign policy that has in the past advanced the extreme agenda of the left that has been cloaked in the language of so-called human rights.”

Unsurprisingly, Brown has a connection to the Commission. It is reportedly based on the ideas of Princeton professor Robert George, who is one of the co-founders of NOM and writes extensively about “natural law.”

George is associated professionally with Mary Ann Glendon, the chair of the Commission. Glendon has written that “children will suffer” if they learn that LGBTQ people exist and that concern for LGBTQ rights as human rights is “neocolonialism.”

In short, it’s safe to say that if Brown likes something, then it is a threat to LGBTQ people’s rights and safety.

This daycare rejected a child because her parents are lesbians