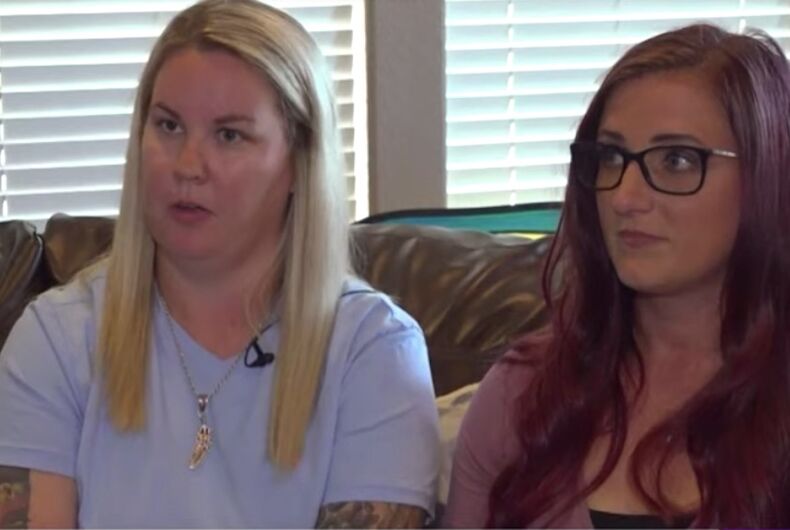 When Brittney Ready and her wife Stacey enrolled their youngest daughter Callie in the daycare program of Parkview Christian Academy of Waco, Texas, they hoped their child would continue being raised in the Christian faith, just like they’d done at home. Instead, Callie was rejected because her parents are lesbians.

In a public Facebook post, Brittney wrote that the school called she and her partner in when they had an opening for their daughter.

Brittney said, “With excitement we went in this afternoon ready to see the place and get her started. The director was super sweet and welcoming to us and Callie! We go to leave with paperwork in hand only for the administrator to call us into his office to let us know that he heard that Stacey and I are “mates” (first off we aren’t animals) and because of that they cannot welcome her (Callie).”

When Brittney asked why her child was no longer welcome, the administrator reportedly said, “bylaws are bylaws” and that the school’s Christian faith disallowed the school from accepting Callie.

She continued, “I am glad God was on our side and let the true colors show before my baby was subjected to their ‘discriminating beliefs.'” And she followed up with this advice for the day care: “Maybe y’all should post that you don’t accept children of same sex marriage and let your directors know so they as we’ll know to ask the questions up front.”

Related: A Christian school is suing to get government money even though it bans LGBTQ people

The head pastor of Parkview Christian Academy hasn’t responded to media requests for comment. The school’s admission policies state that it can deny admission to students “if school officials feel the program is not in the child’s best interest for any reason.” Since being rejected by the school, multiple day cares have reached out to the family, offering them enrollment.