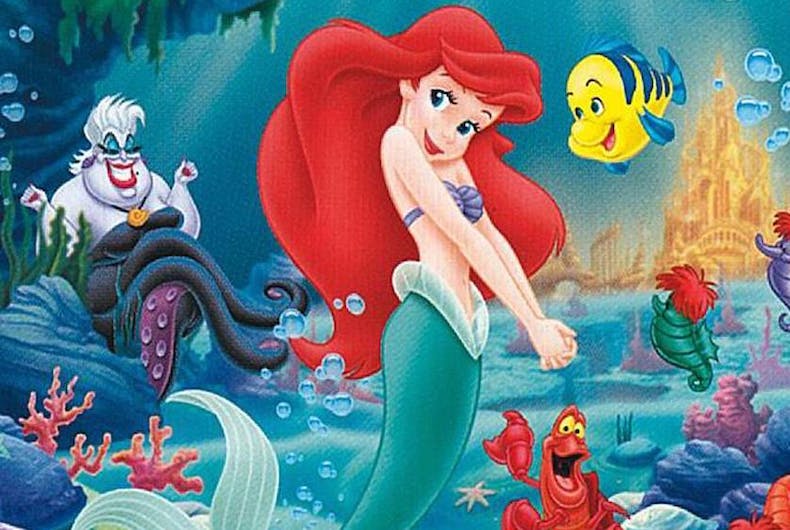 As you know, Disney’s 1989 animated film The Little Mermaid is being made into a live-action movie. And while some white fans are upset that the titular heroine will be played by black R&B singer Halle Bailey, many others overlook the story’s interesting gay origins.

When Danish author Hans Christian Andersen wrote “The Little Mermaid” as a short fairy tale in 1837, he did so as a way to illustrate his failed attempt to woo a heterosexual man named Edvard Collin. Many biographers say that Andersen, who was attracted to both men and women, long pined for Collin even though Collin was of a higher class and disapproved of Andersen’s romantic overtures towards him and possibly one of his sisters.

In letters written to his beloved young friend Edvard Collin in 1835–6 Andersen said “Our friendship is like ‘The Mysteries’, it should not be analyzed,” and “I long for you as though you were a beautiful Calabrian girl.” In the fairy tale [The Little Mermaid], written when Collin decided to get married, Andersen displays himself as the sexual outsider who lost his prince to another.

Related: Disney just made history by having one of its characters announce, “I’m gay”

However, in the original story, the new woman is just another human, and instead of winning over the prince, he marries the new woman, leaving the mermaid so saddened that she turns into sea foam after crying her heart out from grief — a sad unrequited love story indeed.